Donald Trump Just Explained What He Thinks Will Be One of His 'Crowning Achievements', and Twitter Is Dragging Him Hard 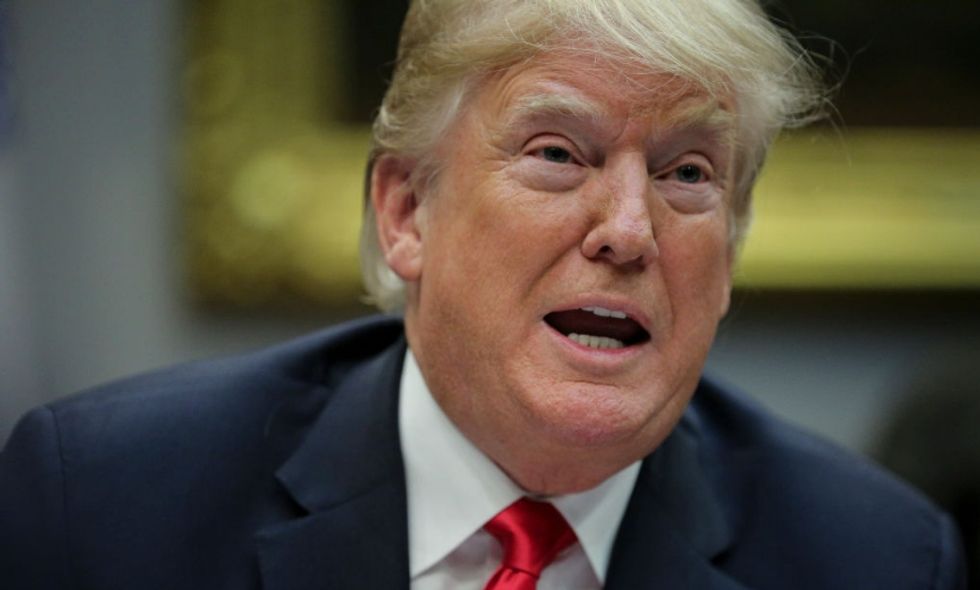 In a freewheeling interview with Hill.Tv, President Donald Trump said that his recent order to declassify certain documents related to the FBI's investigation of possible conspiracy with Russia to influence the 2016 elections may be the "crowning achievement" of his presidency.

“I hope to be able put this up as one of my crowning achievements that I was able to ... expose something that is truly a cancer in our country.”

The move has been met with heavy criticism, with many Democrats seeing it as an effort to manipulate the public's opinion of the FBI and its investigation into his campaign.

The risks have rendered the "crowning achievement" remark laughable and foreboding at the same time.

Trump calls his FBI attacks his "crowning achievement". He knows he's guilty as hell, so he creates an alternate re… https://t.co/ZNLDMxNx5m
— Tom Joseph (@Tom Joseph) 1537351590.0

@viewsfordays @kpjpsp the crowning achievement of Trump's presidency will be when he becomes the first chief execut… https://t.co/PV9zsxNnir
— Jeff Tiedrich (@Jeff Tiedrich) 1537365522.0

@Mediaite @realDonaldTrump No, getting you out of office will be a crowning achievement. It's worth mentioning tha… https://t.co/SbZogr4Qxv
— B McNeal (@B McNeal) 1537363185.0

@thehill Most people say that the day Donald Trump finally speaks the truth about something will be the "crowning a… https://t.co/uxonZyGcAI
— NS Dave (@NS Dave) 1537354726.0

Others are noting that the decision could put other investigations, sources, and FBI tactics at risk of exposure.

Many Americans like former Obama attorney Joyce Vance seem to agree that the risks outweigh a nonexistent reward.

Though Trump ordered the text messages of many FBI officials be released "without redaction," reports are emerging that the Justice Department is prepared to defy that order.

The Justice Department is currently reviewing the documents and reportedly plans to propose redactions, especially regarding a surveillance application submitted by the FBI to investigate Carter Page.

Though the president is adamant about the release, some are insisting that the move won't help Trump's case and could even make him look worse.

Trump has repeatedly shown disdain against the FBI with each escalation of the Russia probe. Much like his efforts in discrediting the media, the vilification of the FBI has sown distrust of the institution among Trump's most fervent supporters.

Once the Justice Department concludes its review of the documents and turns them over to the White House, Americans will know what revelations the documents hold. We can only hope that they don't put innocent Americans or crucial investigations at risk.