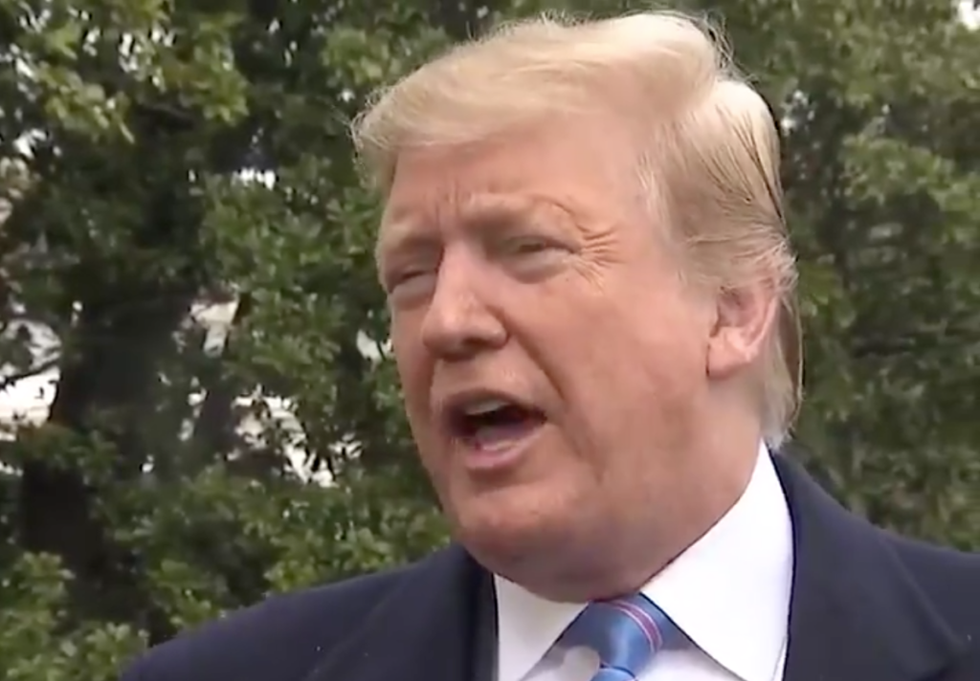 Since the beginning of his 2016 campaign, President Donald Trump has always held an animus toward the press, frequently lambasting them as 'the enemy of the people,' and sowing immense distrust of journalists among his base.

As recently as Friday morning, he took to Twitter to continue his pattern of demonizing the press.

The press is doing everything within their power to fight the magnificence of the phrase, MAKE AMERICA GREAT AGAIN!… https://t.co/XljWrFa2AU
— Donald J. Trump (@Donald J. Trump) 1554486089.0

Today, he confirmed that, yet again, he won't be attending the White House Correspondents' Dinner. Before Trump's inauguration, it was traditional for the President to attend the yearly dinner, using good-natured jokes and commendations to remind the public of the need for a free press in order to hold public officials accountable.

However, Trump has created such an openly hostile environment toward the press that he's yet to show his face at the occasion.

This year will be no different, he confirmed to reporters.

"The dinner is so boring and so negative...I like positive things."

Trump said he'd be holding a 2020 campaign rally instead.

While the dinner has traditionally employed comedians as hosts in the past. However, after Michelle Wolf's controversial set at last year's dinner, the White House Correspondents Association decided that this year's host would be historian Ron Chernow.

Though Trump accused the dinner of being "negative," many pointed out that Trump's rhetoric plays a part in the dynamic he's decrying.

@ABC His idea of "positive" seems to be saying negative things about people who disagree with him.
— Rochelle Dolim (@Rochelle Dolim) 1554476436.0

It's unclear how Chernow's hosting will vary from the array of comedians who have hosted before, but many think Trump is wary of being roasted on national television...again.

It's unclear whom, if anyone, Trump will send in his stead, but something tells us he won't be missed by the so-called "enemy of the people."