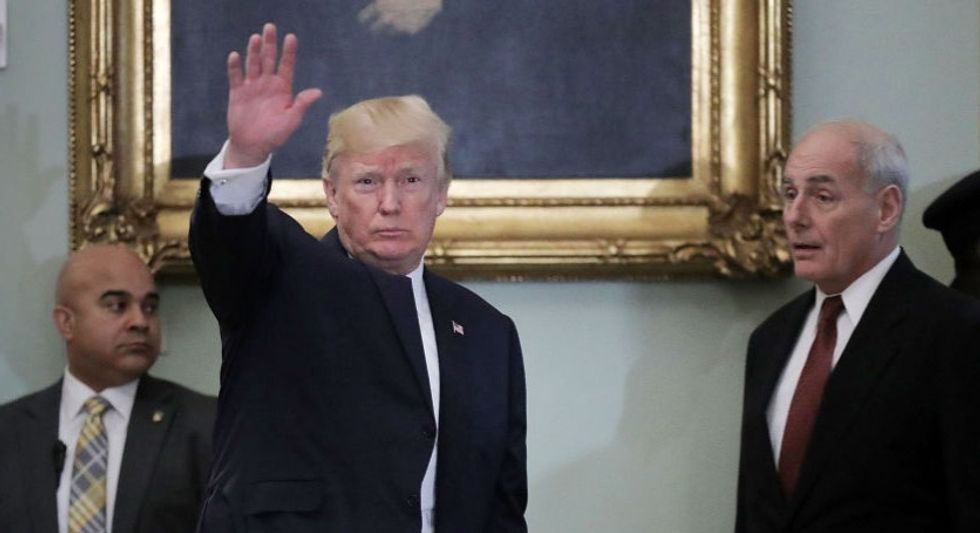 White House chief of staff John Kelly told Democratic lawmakers Wednesday that some of President Donald Trump's positions as a candidate on the border wall were "uninformed."

Kelly said he worked to educate the President on the reality of governance and divest him of his impractical campaign promises. Kelly talked about the difference between campaign rhetoric and actual policy, saying:

You make campaign promises but then you learn the reality of governing, which is difficult."

However it appears President Trump and his chief of staff disagree. Thursday morning the president posted a series of Tweets contradicting Kelly.

This all comes amid attempts by Kelly and others to create an immigration package capable of passing both houses of Congress to stop a possible government shutdown on Saturday. The proposed wall's cost remains a roadblock in any legislative deal on immigration and the budget.

While the idea of the wall played well on the campaign trail and still resonates with Trump's most ardent supporters, the majority of Americans oppose it for various reasons.

After the president's morning Tweets, Twitter let him know what most people think of his wall.

Between habitat fragmentation, destruction from construction, the tearing apart of communities and cutting off acce… https://t.co/kpiTVDG69s
— Sierra Club (@Sierra Club) 1516287529.0