A Reporter Just Asked Donald Trump About His Administration's Report on the Devastating Economic Impacts of Climate Change, and His Response Is Pure Trump 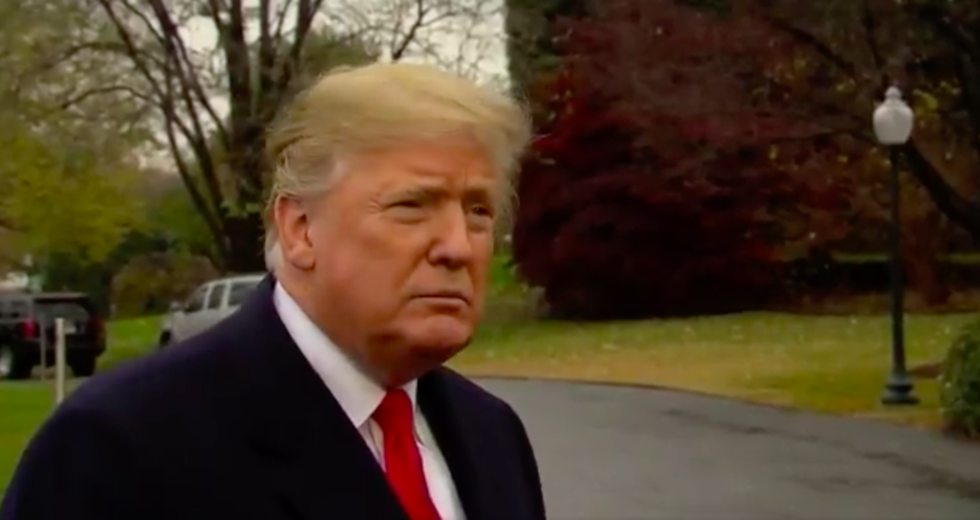 Days after a United States government report concluded that climate change will likely result in the country's economy shrinking by a whopping 10 percent, President Donald Trump disputed the findings of his own administration.

The report—whose conclusions were found by the 13 federal agencies comprising the US Global Change Research Program—was due for release in December, but was instead released the day after Thanksgiving in what many believe was an effort to lessen the report's impact.

The findings contradict the many efforts of the President to minimize the issue, stating:

"With continued growth in emissions at historic rates, annual losses in some economic sectors are projected to reach hundreds of billions of dollars by the end of the century — more than the current gross domestic product (GDP) of many U.S. states."

While many leaders would begin taking steps to avoid this outcome, Donald Trump rooted his feet firmly in denial before deploying his oft-used tactic of shifting the blame:

"I don't believe it...Right now we're at the cleanest we've ever been and it's very important to me. But if we're clean but every other place on earth is dirty, that's not so good. So I want clean air and clean water. Very important."

Watch the cringe-worthy video below.

While Trump has often decried scientists' findings on climate change—even regarding it as a Chinese hoax—some Americans were still flabbergasted that he won't trust even his own administration's findings.

Many doubted he'd even read the report.

His reactions around the time of the report's release could have been enough to predict this answer however.

The President was also slammed for a particularly clueless tweet regarding the matter days before the report's release.

Many called out his giving a platform to the common fallacy confusing climate with weather.

@realDonaldTrump I honestly don’t think you are dumb enough to not get the difference between weather and climate.… https://t.co/prHTgrf7PQ
— george andrew (@george andrew) 1543078897.0

@realDonaldTrump You administration just released a report about that. Maybe read it?
— Carmine Ragu (@Carmine Ragu) 1543112183.0

However, the corrections almost certainly fell on deaf ears.

It's unlikely that Trump will walk back his dispute of his own administration's findings. This has led many to place their hopes on climate change control in the soon-to-be Democrat-led House of Representatives.