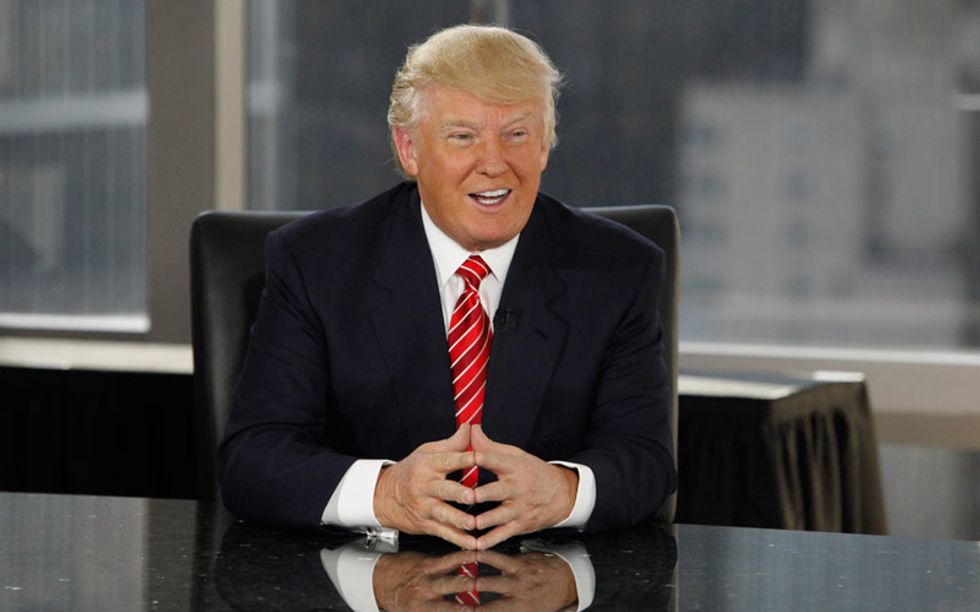 A review of four newly documented expenditures revealed that Donald Trump spent $258,000 from his charitable foundation to settle lawsuits that involved his for-profit businesses, according to an investigation by the Washington Post. Trump’s misappropriation of the Donald J. Trump Foundation’s funds may have also violated laws against “self-dealing” that prohibit the leaders of nonprofits from using charity money to benefit themselves or their businesses. The Donald J. Trump Foundation is funded almost entirely by outside contributions.

The other expenditures concern smaller amounts.

In 2013, Trump used $5,000 from the foundation to purchase advertisements for his hotel chain in programs for several events organized by a Washington, D.C. preservation group. In 2014, he used $10,000 of the foundation’s funds to purchase a portrait of himself at a charity fundraiser, but that portrait was not the first: According to Trump’s tax records, he spent a total $20,000 for a six-foot-tall portrait of himself. He also paid $12,000

for a football helmet signed by Tim Tebow, who played for the Denver Broncos at the time.

The evidence suggests that Trump ran his charity in a way that violated United States tax law. If Trump did violate self-dealing rules, the IRS could require him to pay penalty taxes or to reimburse the foundation the total amount of money it spent on his behalf. The office of the New York attorney general will lead an investigation into whether Trump’s foundation broke state charity laws. When asked whether its inquiry would look into possible self-dealing, the attorney general’s office declined to comment.

Trump, who founded his foundation in 1987, remains its president. He told the IRS in his latest public filings that he works 30 minutes per week for the organization. For years, he was its only donor. In 2006, according to tax records, Trump left his foundation with only $4,238 at year’s end after giving away nearly all the money he had previously donated to it. Trump gave small donations in 2007 and 2008. Tax records show no donations from Trump after 2009.

The news that Trump may have defied the moral conventions of philanthropy stunned Jeffrey Tenenbaum, an attorney who advises charities at the Venable law firm in Washington. “I represent 700 nonprofits a year, and I’ve never encountered anything so brazen,” he said. “If he’s using other people’s money — run through his foundation — to satisfy his personal obligations, then that’s about as blatant an example of self-dealing [as] I’ve seen in awhile.”