Donald Trump Brought That 'Game of Thrones' Style Poster of Himself to His Cabinet Meeting, and People Think There Should Be Consequences 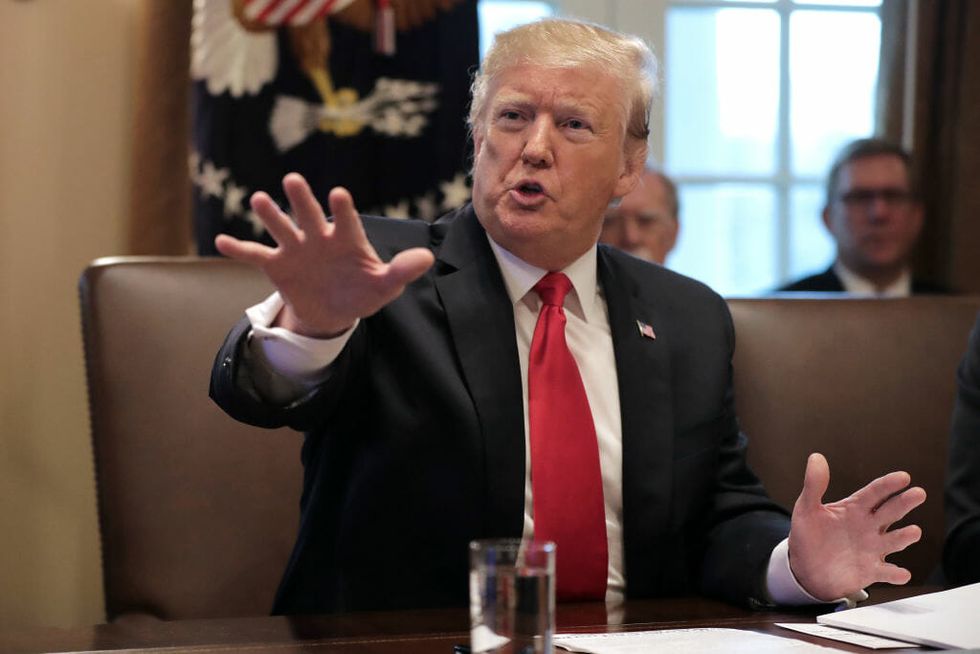 President Donald Trump kicked off his first cabinet meeting of the new year, where he and his officials discussed the current government shutdown, immigration, and other subjects, but it was a startling centerpiece that ended up stealing the show.

Displayed on the table in front of the President was a poster of himself with text reading "Sanctions are Coming"—an allusion to HBO's hit fantasy series Game of Thrones.

It's unclear whether or not the President brought the poster to the meeting himself. Trump, however, tweeted the same image two months ago.

In response to that original tweet, HBO asked "How do you say trademark misuse in Dothraki?," citing the fictional language spoken by many Game of Thrones characters.

Now, with the brandishing of the image in a highly publicized cabinet meeting, many are hoping HBO backs up its original tweet with legal action to add to the pile of investigations and lawsuits plaguing Trump and his affiliates.

That was just the beginning.

Though it's long been his trademark, many were still flummoxed at the President's unapologetic gaudiness at a meeting of such critical import. His eagerness to show off led many to believe he treats the presidency like the reality television shows he used to host.

It wasn't long before people began putting their own spin on the poster.

The circus at the White House continues.