Donald Trump Says 'Very Bad People' Are Trying to Come to the U.S. From The Bahamas Including 'Gang Members' and 'Drug Dealers' 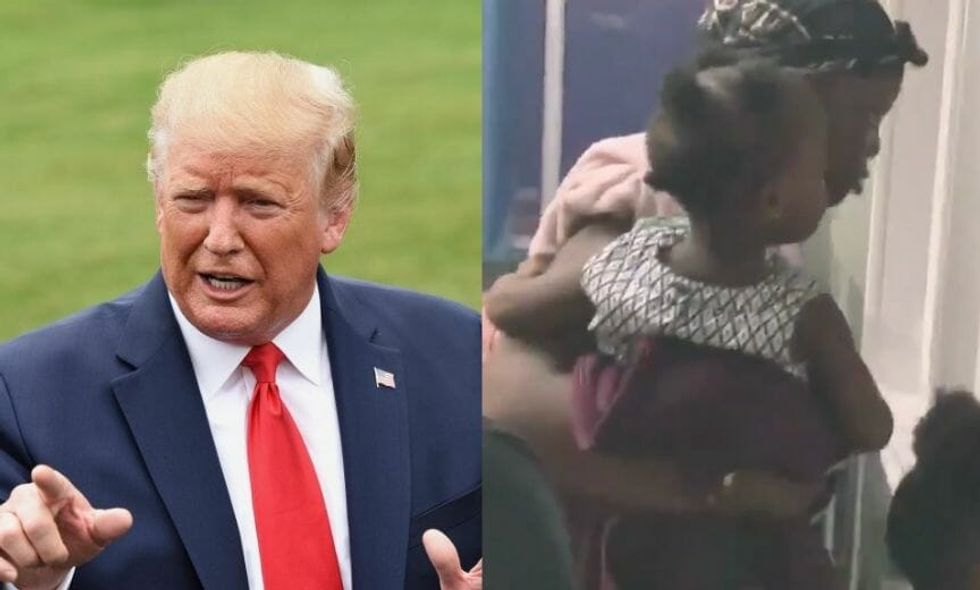 Hurricane Dorian may have dissipated by now, but millions of people are still feeling the effects of its aftermath, especially people of the Bahamas, where Dorian killed 50 and left rampant destruction in its wake. Thousands still remain missing.

Bahamian refugees fleeing the destruction were forced to exit a boat heading to the United States this past weekend, after a sudden rule change demanded that they have visas in order to travel to the U.S. Because people of the Bahamas are our neighbors, an I.D. and a copy of their police record has been sufficient documentation for years.

Nevertheless, hundreds of the refugees without visas were forced to stay on the island despite the destruction of their homes. Footage and interviews captured by reporter Brian Entin soon went viral, leaving the White House and Customs and Border Protection flooded with questions on how the rule change came to be.

CBP denies any culpability in the sudden shift.

Meanwhile, President Donald Trump, while speaking to reporters, endorsed the change with rhetoric that's gotten all too painfully familiar.

Trump said of the refugees:

Trump insisted that many parts of the Bahamas were not hit, and warned that the United States would've only brought Bahamians unaffected by the hurricane. He didn't elaborate on how he had any way of knowing this.

Trump's rhetoric echoes with the kind employed in his infamous campaign announcement speech back in 2015, where he said of Mexican immigrants:

Trump has repeatedly sowed fear of immigrants fleeing danger and refugees fleeing disaster. People are pretty sure they know why.

The decision left many incensed and disappointed.