Donald Trump Just Made an Unfortunate Gaffe About the 'Abolition of Civil Rights' at the National Prayer Breakfast, and the Mockery Was Swift 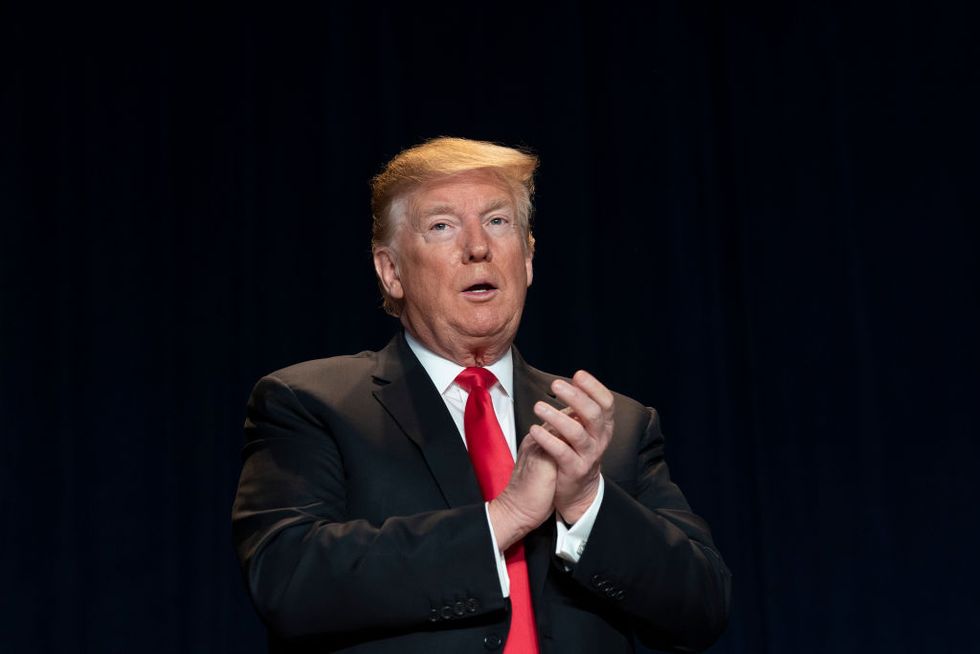 Speaking at the National Prayer Breakfast on Thursday, President Donald Trump raised eyebrows in a statement about American greatness.

While crediting faith leaders for the last century of social progress in the United States, the president said that one of the greatest achievements has been the “abolition of civil rights."

“Since the founding of our nation, many of our greatest strides, from gaining our independence to abolition of civil rights, to extending the vote for women, have been led by people of faith and started in prayer,” Trump said. “When we open our hearts to faith we fill our hearts with love.”

Trump says that some of America's greatest accomplishments, including the "abolition of civil rights," have been le… https://t.co/vUWlfnvu3f
— Kyle Griffin (@Kyle Griffin) 1549551015.0

According to reports following the event, the president's script mentioned "abolition of slavery and civil rights," though he clearly omitted the first part.

The slip came only two days after Trump said he never makes gaffes.

"I hope it’s Biden,” Trump said on Tuesday of the potential 2020 matchup. “Biden was never very smart. He was a terrible student. His gaffes are unbelievable. When I say something that you might think is a gaffe, it’s on purpose; it’s not a gaffe. When Biden says something dumb, it’s because he’s dumb.”

Quite the Freudian slip.

@kylegriffin1 @realDonaldTrump is the Chief Idiot of all Idiots. "abolition of civil rights" was a Freudian slip.
— Herb Pounds (@Herb Pounds) 1549565725.0

Is the president okay?

@realDonaldTrump You said that “the abolition of civil rights” is a great achievement. You are unwell.
— riotsquirrel (@riotsquirrel) 1549552979.0

They pointed out that many civil rights have been withheld or abolished citing religious grounds.

Actions the administration has taken, including locking children in cages, speak to the intent of Trump's flock. And, given that the crusades against equality, voting rights, access to health care, and women's right to chose, for example, are all led by right-wingers like Vice President Mike Pence claiming to be people of faith.

@briantylercohen @jacksnowknows And, I think he has finally spoken the truth--he is hoping for the abolition of civ… https://t.co/xUOyBy3Igc
— Joyce Lynn Garrett (@Joyce Lynn Garrett) 1549563301.0

@davidfrum The abolition of civil rights is in no way an accomplishment, well, okay, except from the perspective of… https://t.co/zpMkzVKSCi
— Jim Dollar (@Jim Dollar) 1549552146.0

Maybe his base should reexamine their bibles.