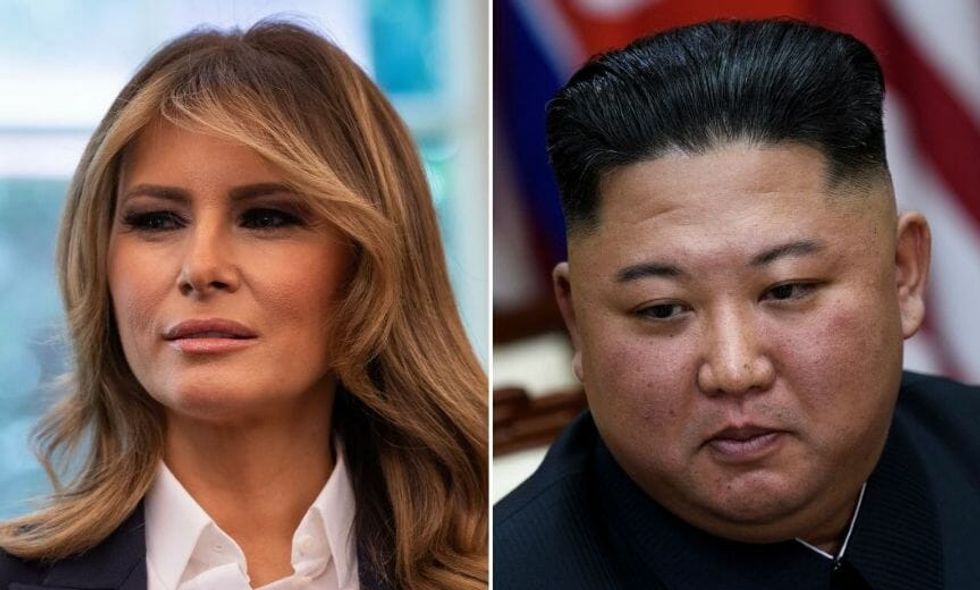 People were confused when President Donald Trump claimed that First Lady Melania Trump "has gotten to know" North Korean dictator Kim Jong Un well, despite the fact that she hasn't attended any of the summits Trump has conducted with Kim over the two and a half years of his presidency.

"Kim Jong Un, who I've gotten to know extremely well — the first lady has gotten to know Kim Jong Un," Trump said, "and I think she would agree with me — he is a man with a country that has tremendous potential."

When asked to elaborate on the claim, White House Press Secretary Stephanie Grisham attempted to spin the comments, but things only sounded more bizarre.

“President Trump confides in his wife on many issues including the detailed elements of his strong relationship with Chairman Kim – and while the First Lady hasn’t met him, the President feels like she’s gotten to know him.”

Grisham addresses the American public even less frequently than her predecessor, the infamous Sarah Huckabee Sanders, but all it took was this comment to deem her just as deceptive as Sanders.

While the First Lady has never met Kim Jong Un, the President's advisor and eldest daughter—Ivanka Trump—has, and people began to draw some conclusions.

Nothing to see here, folks.