Don Jr. Tweeted That Comedy Central Should Host the Democratic Debates and the Network Responded with the Sickest Burn 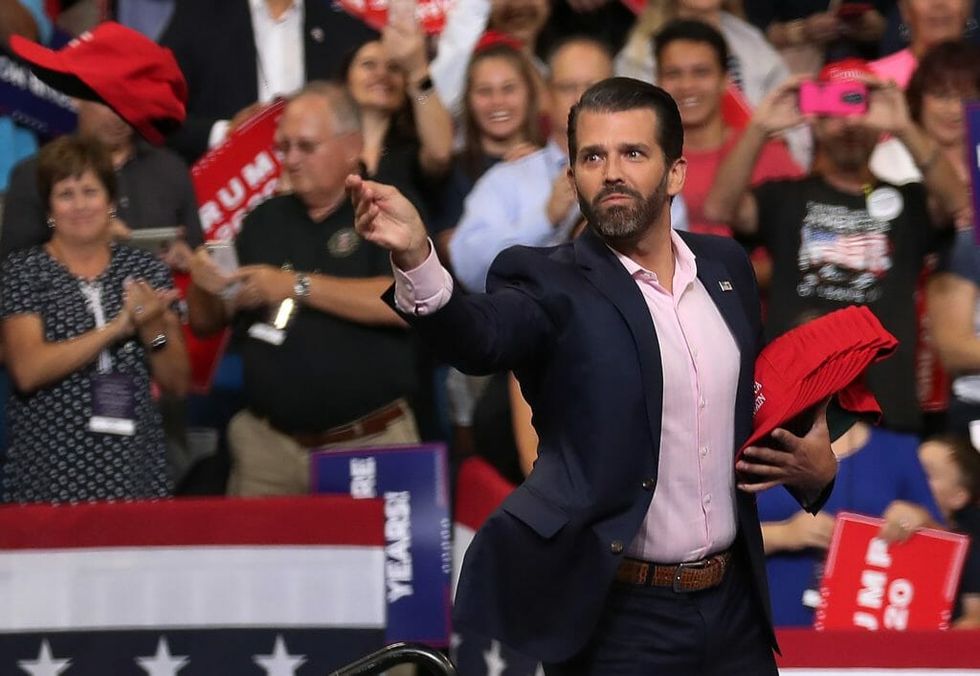 Donald Trump Jr. tosses campaign hats to the crowd before his father, U.s. President Donald Trump arrives on stage to announce his candidacy for a second presidential term at the Amway Center on June 18, 2019 in Orlando, Florida. (Photo by Joe Raedle/Getty Images)

Some people use Twitter to share information, some to spread misinformation and some try to be clever. Their Twitter jokes and jabs either land or crash and burn.

Someone who is no stranger to crashing and burning online is Donald Trump Jr. His false information tweets and attempted clever bon mots generally draw more backlash than belly laughs.

His most recent post—attempting to mock the 2020 Democratic presidential candidates—fared as well as usual.

On Wednesday night during the 2nd round of Democratic debates, Trump Jr posted:

"Comedy Central should really be the host of the next round of these debates. #DemDebate"

While plenty of others fired back...

...Comedy Central—where people are clever professionally—didn't let the opportunity pass by either.

"Nah, last time there was a joke at a debate it became president."

Trump Jr mentioned an organization paid to be funny while trying to be witty. Why would you poke the bear?

No response yet from Trump Jr, but maybe it's best to let this one go by.