Legal Abortion in the U.S. Is Safe, It's the Restrictions Being Placed on It That Are Endangering Women's Lives 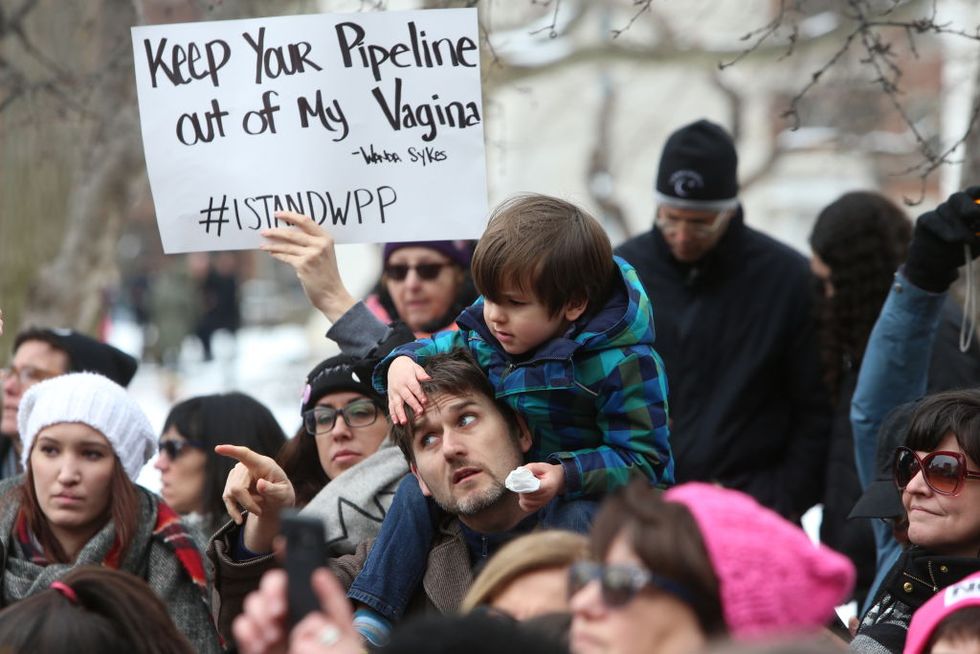 Banning abortion does not stop abortion. It just changes where it happens, how it happens, when it happens, and increases the risk of the procedure. A 186-page report by the National Academies of Sciences, Engineering and Medicine unequivocally concludes that modern, legal abortion in the United States is safe and effective. However, states that seek to limit abortion by mandating waiting periods, pre-procedure counseling, or by placing onerous restrictions on facilities that perform the procedure actually succeed not in making the procedure less frequent, but in making it less safe.

"Abortion is safer when it's performed earlier in gestation," said Dr. Hal Lawrence, CEO of the American College of Obstetricians and Gynecologists. "And so delaying and making people wait and go through hoops of unnecessary, extra procedures does not improve the safety. And actually by having them delay, can actually worsen the safety."

Within the first 10 weeks, women can take a single dose of the oral medication mifepristone combined with a vaginal suppository of misoprostol, which effectively bring on a miscarriage. The combination can be purchased online and administered at home; however, it’s safer for patients to take under the guidance of a medical professional—if one is available in the patient’s geographic area. The report notes that 17 percent of women had to travel more than 50 miles to obtain an abortion due to the diminishing number of clinics operating in many states.

In 27 states, women are required to first undergo counseling. In 26 states, women must undergo an ultrasound, which adds to the costs. The report also found that the 75 percent of women seeking abortion are low-income, with more than half reporting incomes under the federal poverty level, which means that difficulties in raising funds lead to greater risk and procedures occurring at later stages of development. The report found that 90 percent of abortions are conducted in the first 12 weeks, but a delay in obtaining an early abortion leads to the need for a more intensive procedure that carries a greater risk of complications.

Even more risky: DIY abortions. As more states impose barriers to the procedure, more women are seeking ways to end their pregnancies at home. Others, empowered by alternative medicine and a wish for privacy or fear of clinical experience, make this option their first choice. Before Roe vs. Wade made access to safe abortion legal in the US—and as far back as the earliest recorded history of the pre-modern era—women relied on a variety of self-administered treatments. The first recorded evidence of induced abortion is from the Egyptian Ebers Papyrus in 1550 BC. In British Colonial America, abortion was considered acceptable up until the point of “quickening” and women relied on herbal remedies to bring on a missed period. Today, mail-order drugs and Internet advice are replacing safe clinical treatment for some women.

As states increasing impose restrictions on clinical practice and education about the procedure, and threats against abortion providers continue, an underground home abortion midwifery movement is empowering women to learn procedures to perform on themselves and on others. As one online resource puts it, “we all deserve the right to choose how, where, and with whom we want to have our abortions.”

The Guttmacher Institute recorded 926,200 abortions in 2014, down 12% from 1.06 million in 2011, an achievement that comes from improved access to highly effective contraception such as IUDs or from increased barriers to legal clinical abortion imposed in many states, depending on who you ask. However, this seeming success—for both anti-choice groups that wish to reduce abortion and for pro-choice groups that hope to reduce the need for abortion—may be an illusion.

As Vice President Mike Pence trumpets the coming end to legal abortion, Google searches for DIY abortion have skyrocketed. In 2015, economist Seth Stephens-Davidowitz found more than 700,000 Google searches for self-induced abortion. In 2017, in a span of 32 days, the search was conducted upwards of 200,000 times, with more than two-thirds of searches being conducted in the South or Midwest, where access to legal clinical abortion has been most eroded.

A 2016 study by University of Washington researcher Alison Ojanen-Goldsmith identified 843 people who had used alternative abortion methods, and/or provided underground home abortion services (sometimes called “full spectrum doulas”) to others. The study estimated that each person was involved in anywhere between 10 and 100 home abortions. “That’s huge,” Ojanen-Goldsmith says. “There are potentially thousands of these abortions happening every year.”

In Texas, where onerous legislation is shutting down abortion clinics, abortion drugs carried across the border are widely available not just through the black market, but at flea markets. Raids by police have driven access underground but, as we’ve seen since the days of Prohibition, illegality is just a temporary inconvenience. “If a woman wants to abort, she’s going to abort,” says Lucy Felix, a health educator at the National Latina Institute for Reproductive Health.

According to the World Health Organization, more than 21 million women annually have unsafe abortions worldwide, which account for nearly 13 percent of all maternal deaths.

As usual, it’s women in poverty who suffer the most. “So undocumented women, what can they do?” asked Felix. “They put things in their vagina. I've heard that women are using coat hangers or some are going to Mexico and getting clandestine abortions, where it's dirty, unhygienic.”

In other words, as safe, legal abortion becomes more difficult to obtain in modern America, the methods that brought about Roe vs. Wade in the first place are making a comeback.