Devin Nunes's Face After Gordon Sondland Testified Says Everything About How the Testimony Is Going for Trump, and Now It's a Meme 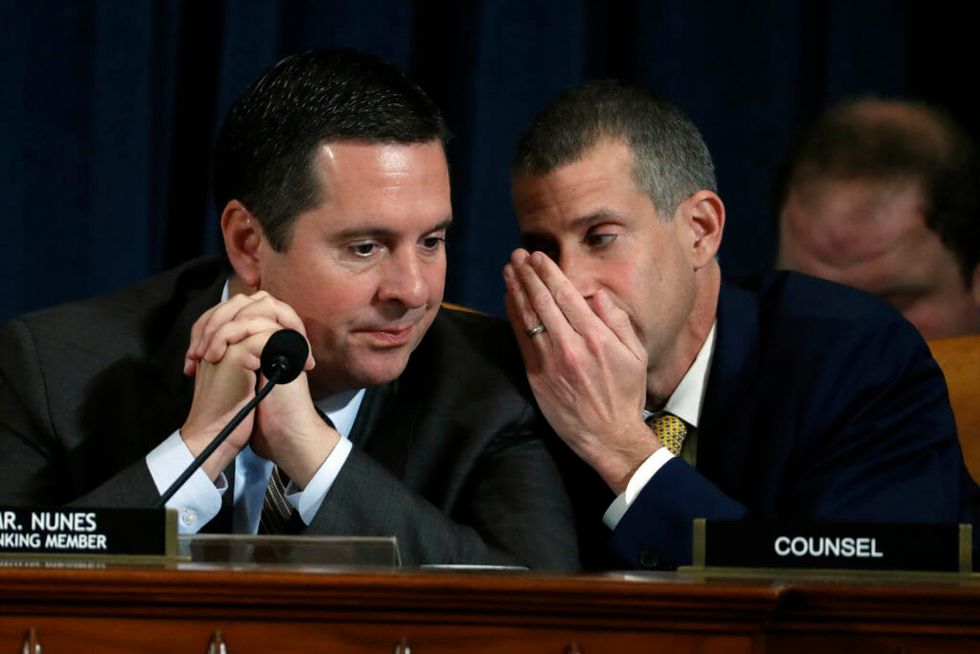 On Wednesday, after damning testimony from Ambassador to the European Union Gordon Sondland, the looks exchanged between Nunes and Castor as the hearing recessed said it all.

Sondland, who was expected to be one of the witnesses friendlier to Trump, implicated not only the President, his personal lawyer Rudy Giuliani, Vice President Mike Pence, and Secretary of State Mike Pompeo, but Sondland also further confirmed the existence of a quid pro quo: that a White House meeting and investigations into former Vice President Joe Biden had to occur in order to lift a hold on congressionally approved military aid.

Twitter users couldn't help but cackle at the pair's frustration.

The look on Nunes' face as the Sondland testimony took a five minute break is my double rainbow.
— Liddle’ Savage (@Liddle’ Savage) 1574265883.0

It wasn't long until people added their own spin to the viral moment.

Imagine being slapped in the face so hard with all the facts that you’ve been saying have been false and you have t… https://t.co/SFmIaBSqoI
— Emilia Taylor (@Emilia Taylor) 1574288012.0

Reporters in the room with Nunes noted that the look didn't last for just a moment.

With the seventh round of public impeachment hearings underway today, Nunes face isn't likely to lighten up any time soon.