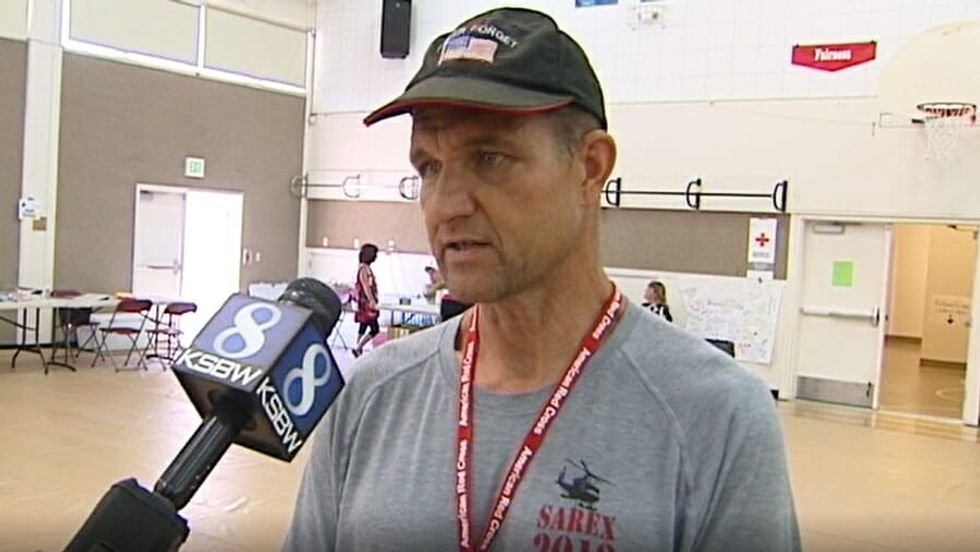 A Seaside, California teacher accidentally discharged a gun in a classroom during a demonstration about firearm safety. Under California law, teachers are not permitted to carry firearms into classrooms, even if they possess a concealed carry permit.

Dennis Alexander, who in addition to teaching at Seaside High School is enlisted as a reserve police officer in the Sand City Police Department, was about to show students how to disarm someone. While pointed at the ceiling, Alexander's gun accidentally went off, causing pieces of the ceiling to collapse. According to student witnesses, Alexander was checking to make sure the gun wasn't loaded. Alexander also serves as a county councilman.

The stray bullet struck and became lodged in the neck of a 17-year-old student. "It's the craziest thing. It could have been very bad," the student's father, Fermin Gonzales, said. "He's shaken up, but he's going to be OK," Gonzales added. "I'm just pretty upset that no one told us anything and we had to call the police ourselves to report it." Gonzales also went on to say that "this was a trained professional. If you just give them [guns] to everybody, a teacher at the school... this could happen again and again, and it could be a lot worse." KSBW reported that two other students also suffered minor, but as yet, undocumented and unconfirmed injuries.

Authorities maintain that there were no serious injuries resulting from the incident, but the school never checked up on students and faculty to make sure no one was injured. Instead, the school day went on as usual.

Amazingly, and concerningly, the only report the Seaside Police Department received about the incident came from Gonazles's family, who called the police after their son came home with blood on his clothes and bullet fragments sticking out of his neck.

Alexander has been placed on administrative leave by the school system and Sand City Police Department, pending an investigation. "I have concerns about why he was displaying a loaded firearm in a classroom," Sand City Police Chief Brian Ferrante told KSBW. "We will be looking into that."

"I think a lot of questions on parents' minds are, why a teacher would be pointing a loaded firearm at the ceiling in front of students," Monterey Peninsula Unified School District Superintendent PK Diffenbaugh said. "Clearly in this incident protocols were not followed."

"One 17-year-old boy suffered moderate injuries when fragments from the bullet ricocheted off the ceiling and lodge… https://t.co/r2TB77kNnU
— Nathan Newman 🧭 (@Nathan Newman 🧭) 1521027276.0

The school system's Superintendent sent a letter to parents:

"We want to make you aware of an accident that occurred in the Administration of Justice class today at Seaside High School. As some of you may know, the teacher is a reserve police officer. Today, during class, the teacher accidentally discharged his firearm during a lesson while it was pointed at the ceiling. Debris from the ceiling then fell. Upon learning of the incident, our Human Resources department, school site administration and the Seaside Police Department immediately began investigating the incident, including interviewing students in the class. We will also have counseling services available for students. Due to the nature of this personnel incident, we are unable to share any other details. The teacher has been placed on administrative leave for the duration of the on-going investigation. The safety of your student is always our top priority, and we will continue to remain vigilant in our efforts to keep them safe while they are under our care."

High school students and others across the country are participating in planned walk-outs today, in protest of the ongoing plague of gun violence in our country—with school shootings being the focus of the demonstrations. The growing movement found its voice in the students who survived the Valentine's Day Massacre at Marjory Stoneman Douglas High School in Parkland, Florida. One month ago today, a 19-year-old gunman entered the school with an AR-15 and murdered 17 students and staff, leaving 17 more injured.