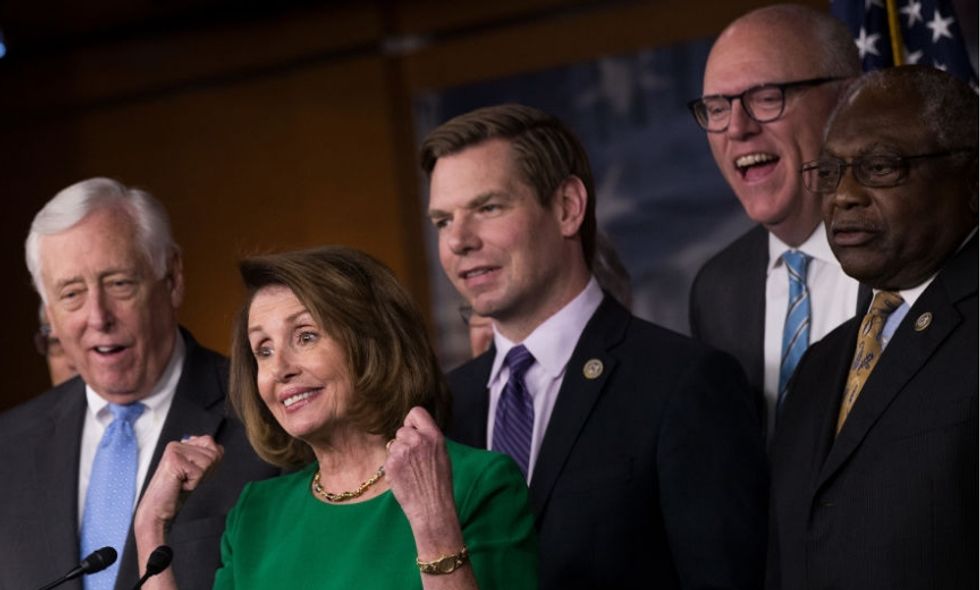 After an exhausting week for Democrats with the confirmation of Judge Brett Kavanaugh to the Supreme Court, a new poll gives a possible reason for hope at taking back the House.

The survey, by Washington Post-Schar School, polled over 2,000 likely voters across 69 battleground districts. Of those 69, only six are currently represented by Democrats, while Republicans hold 63. While Democrats do have a thin advantage (50 percent to 46 percent) over Republicans in these districts, the most surprising finding could be that these states held a 15 point advantage for Republicans in 2016, signaling a monumental nineteen percent shift in Democrats' favor over the past two years.

Democrats only need 23 of these seats in order to take back the House of Representatives, so fewer than half of the districts polled must swing left in order to give Democrats a solid majority.

However, with 2016 still vivid in the collective memory of Americans everywhere, many are hesitant to believe the polls.

This battleground poll is encouraging, but I’m worried the Russians will help the Republicans steal the midterms, l… https://t.co/wVhj7S4WqV
— ROBERT MANN (@ROBERT MANN) 1538998531.0

@ThePlumLineGS I don't listen to polls anymore. They screwed us during the last election and caused mayhem. I'm hap… https://t.co/KuR5sOGWcJ
— SeriouslyFubar (@SeriouslyFubar) 1539002058.0

Because, as we learned in 2016, polls are only assuring if people actually vote. Democrats are scrambling to remind their base of this fact.

@kylegriffin1 A good start but don't get complacent. Nothing is a sure thing until after the votes are in. The GOP… https://t.co/XoPfSpOgd7
— angrybread (@angrybread) 1539010105.0

Perhaps unsurprisingly, one group of voters is leading the way for Democrats in these battleground states.

Women in the 69 districts are favoring Democratic candidates 54 percent to 40 percent, while men only favor Democrats by 51 percent to 46 percent.

Some see these numbers as indicative of a "pink wave," stemming from women voters mobilizing against the misogyny rampant across governing bodies. Even before Kavanaugh, talk of a building pink wave has been echoing for months.

Though the polls have many Democrats remaining cautiously hopeful, nothing is certain. Most Democrats have yet to be buoyed enough to be anywhere near complacent. It won't be until November 6 that Americans of all political parties discover which way the nation has decided to turn.