We Now Know How House Democrats Plan to Try to Re-Open the Government When They Take Control on Thursday, and They're Giving Zero Ground 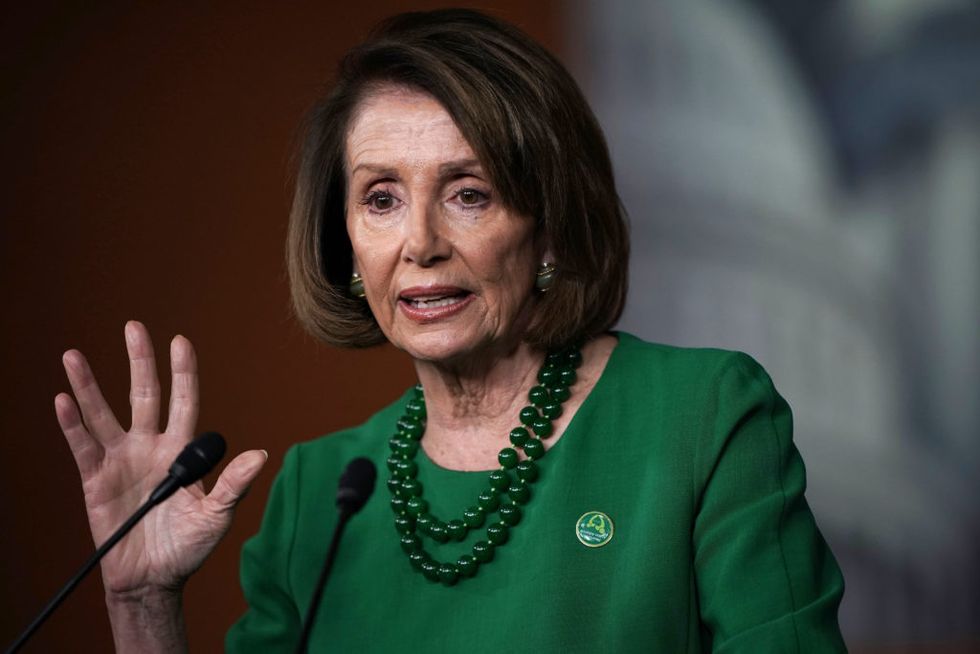 The incoming Democratic majority in the House of Representatives will vote on a measure to reopen the federal government when the new legislative session begins on Thursday.

After the new Congress is sworn in, House Minority Leader Nancy Pelosi (D-CA) is expected to be elected House Speaker - and, as such, the most powerful woman in American politics - for the second time.

President Donald Trump refused to sign legislation that would have kept the government open because the bill did not include funding for a border wall. As a result, hundreds of thousands of federal employees have been furloughed since December 22.

"The legislation will include the full-year appropriations for six of the seven outstanding funding bills and stop-gap funding until Feb. 8 for the Department of Homeland Security," NPR reported on Monday. "which is where the fight over President Trump's demand for $5.7 billion in border wall funding is contained."

Senate Majority Leader Mitch McConnell (R-KY) has said he will only put forth a bill Trump intends on signing.

On Monday, Trump demanded Democrats give him everything he wanted. He based his case on a false claim that Democrats supported a border wall in the recent past.

"I’m in the Oval Office," Trump wrote. "Democrats, come back from vacation now and give us the votes necessary for Border Security, including the Wall. You voted yes in 2006 and 2013. One more yes, but with me in office, I’ll get it built, and Fast!"

I’m in the Oval Office. Democrats, come back from vacation now and give us the votes necessary for Border Security,… https://t.co/anAk2LBNsa
— Donald J. Trump (@Donald J. Trump) 1546270634.0

At least Democrats are trying.

@JeffreyKeefe8 @NPR Whether it gets through or not, it shows that the Democrats are trying to reopen the government… https://t.co/QsEFJwxm3O
— NYCwondergirl (@NYCwondergirl) 1546278059.0

@NPR It’s hilarious that the first thing the democrats have to do is reopen the damn government. Trump and the gop… https://t.co/nPPj5hpEpp
— Michael Hart (@Michael Hart) 1546281943.0

@NPR And here comes the group that will save us from an insane “president” and an impotent congress: the Dem led house!
— Robyn Dettman (@Robyn Dettman) 1546276638.0

People are understandably frustrated, especially since members of Congress are constitutionally guaranteed to get paid while the government is closed.

Many are worried that with divided government, more gridlock may be on the horizon.

The Republican Party's willingness to indulge Trump's brinksmanship does not bode well for the near future.

The next year is sure to be a wild ride for all Americans.