Transgender troops will be able to continue to serve... for now. 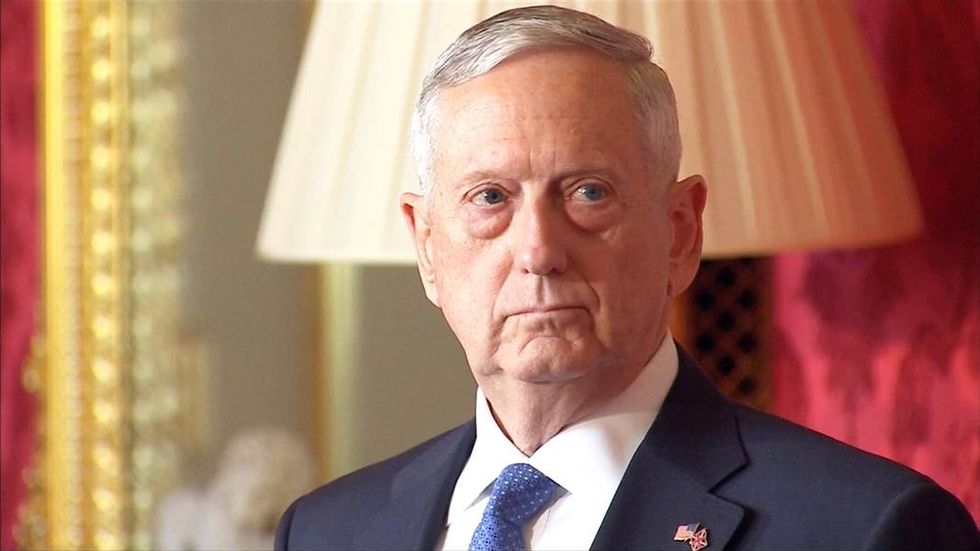 Defense Secretary James Mattis announced the Pentagon will not implement President Donald Trump's directive banning transgender people from serving in the military in any capacity, saying that he will first establish a panel of experts to study the ban's impact. The president tweeted out his plans for the military on July 26, an abrupt reversal of an Obama administration decision which would have allowed them to serve openly.

"Once the panel reports its recommendations and following my consultation with the secretary of Homeland Security, I will provide my advice to the president concerning implementation of his policy direction," Mattis said in the statement. "In the interim, current policy with respect to currently serving members will remain in place."

Mattis noted that panel members “will bring mature experience, most notably in combat and deployed operations, and seasoned judgment to this task" and that it will “assemble and thoroughly analyze all pertinent data, quantifiable and non-quantifiable.” Once the panel makes its recommendations and he consults with the Department of Homeland Security, he will provide advice to the president.

The White House announced it would move forward with Trump's directive––which rescinded a decision made by then-Defense Secretary Ashton Carter––on Friday as Tropical Storm Harvey battered Texas. In a memorandum addressed to the Secretary of Defense and the Secretary of Homeland Security, he wanted the Pentagon “to return to the long-standing policy and practice on military service by transgender individuals that was in place prior to June 2016 until such time as a sufficient basis exists upon which to conclude" that allowing transgender individuals to serve in the military will not have negative effects.

In my judgment, the previous Administration failed to identify a sufficient basis to conclude that terminating the Departments' longstanding policy and practice would not hinder military effectiveness and lethality, disrupt unit cohesion, or tax military resources, and there remain meaningful concerns that further study is needed to ensure that continued implementation of last year's policy change would not have those negative effects.

The memorandum gave Mattis until February 21, 2018 to president Trump with advice on how to implement the transgender ban and what to do with transgender individuals already in military service.

Many news reports––such as a rather prominent one from USA Today––imply that Mattis has openly rebuked the president by "freezing" his directive. The National Center for Lesbian Rights was quick to point out that Mattis is not doing anything special.

"The USA Today story is grossly misleading. Secretary Mattis did not make a decision to “buy time” or to “freeze” the current policy," the organization said in a statement. "The President’s August 25, 2017 Memorandum expressly provides that the new ban does not go into effect until March 23, 2018 and expressly states that no one can be discharged for being transgender in the meantime. There is nothing new at all here, and suggesting otherwise is terribly misleading."

The president's memorandum states this explicitly: