She said what she said. 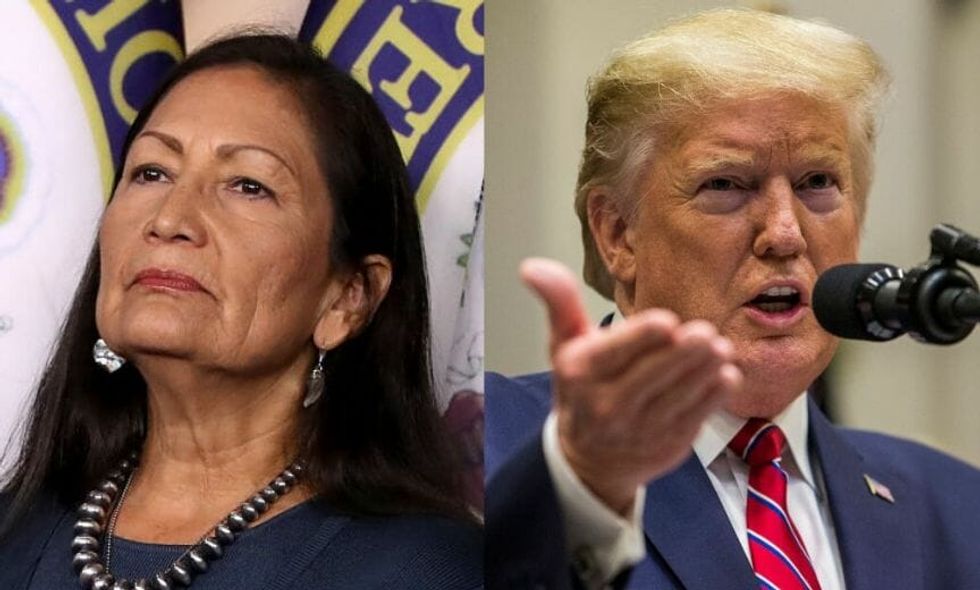 Congresswoman Deb Haaland (D-NM) made history when, earlier this year, she became one of the first Native American representatives elected to the United States Congress.

She hasn't been shy in her criticisms against President Donald Trump either.

She recently reminded her constituents this recently when discussing Trump's efforts to end DACA, which protects from deportation hundreds of thousands of immigrants brought to the United States as children.

Haaland said of the campaign to end the program:

Trump has made his racist views known since the 70s when his real estate company was forced to settle a lawsuit for refusing to sell units to people of color. Trump also took out a full page ad in the New York Times calling for the death penalty of five Black and Brown teenagers, known then as the Central Park Five, who were accused of brutally raping a woman in Central Park. As their new name suggests, the Exonerated Five were later exonerated, but Trump has never issued an apology.

Then, let's not forget, the endless bigotry and fear of others he's stoked since his campaign, frequently referring to black women as animals and immigrants as rapists and criminals.

Trump frequently repeats a famous mantra of racists everywhere: "I am the least racist person there is anywhere in the world."