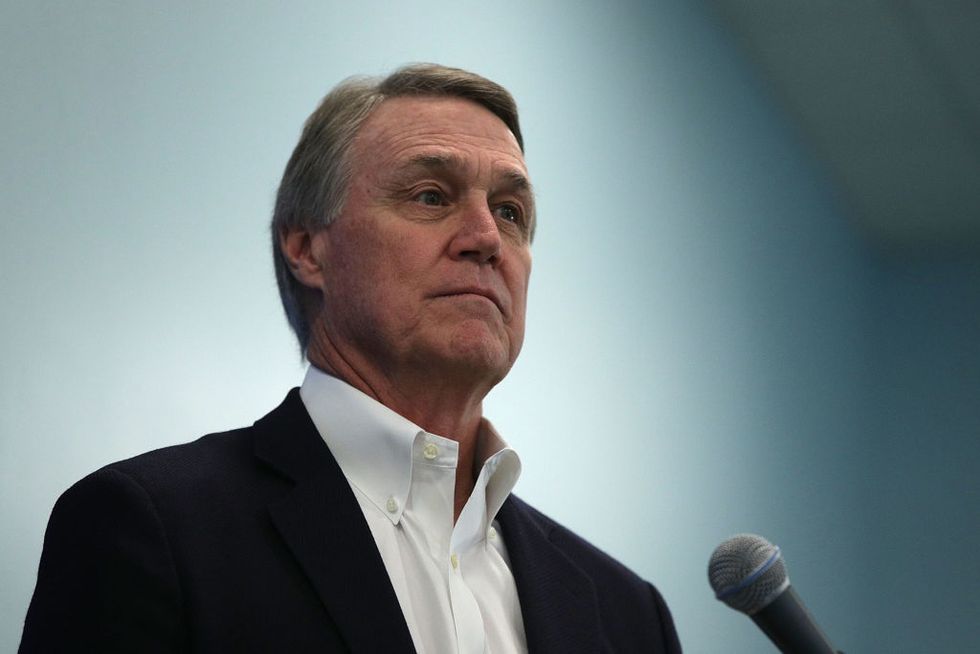 Republican Senator from Georgia David Perdue may not be up for reelection this year, but that hasn't relieved him of pressure from his constituents. His way of dealing with that pressure is telling.

Earlier this month, Perdue snatched a Georgia Tech student's phone after the student attempted to ask Perdue why he's supporting Georgia's Secretary of State Brian Kemp, who's facing a lawsuit for purging thousands of voter rolls in majority-black communities who likely would vote for his opponent, Stacey Abrams.

Now, it looks like Perdue will face a lawsuit of his own.

"ripped [a] phone out of a student's hands as the student attempted to ask a question about voter rights."

Now, Americans on Twitter are loving the move toward justice, with many calling Perdue a bully.

@lawcrimenews @MiddleAmericaMS Good! @sendavidperdue is not above the law, even if he conducts himself as such. #bully
— mary (@mary) 1540229218.0

@bluestein Good for him. @sendavidperdue is a bully who NEVER meets with his constituents! Always calling others ag… https://t.co/M2NFK7vV7D
— BestIsYetToCome (@BestIsYetToCome) 1540177574.0

The defense Perdue's team is offering doesn't seem reliable either.

Though the video shows the Georgia Tech student asking his question, with Perdue responding "I'm not doing that," before snatching the student's phone, representatives for Perdue say that the Senator thought the student was attempting to take a picture.

"[senator Perdue] clearly thought he was being asked to take a picture and he went to take a selfie as he often does."

But that's not exactly clear. Even though the Senator eventually says, "You want a picture?," the statement doesn't explain why he said "I'm not doing that" before.

The development also has many questioning what the senator's punishment should be if he's found guilty.

It's unclear what the punishment or even the results of the suit will be, but we can be sure that Senator Perdue will think twice before getting aggressive with his constituents again.