It clearly bugged him. 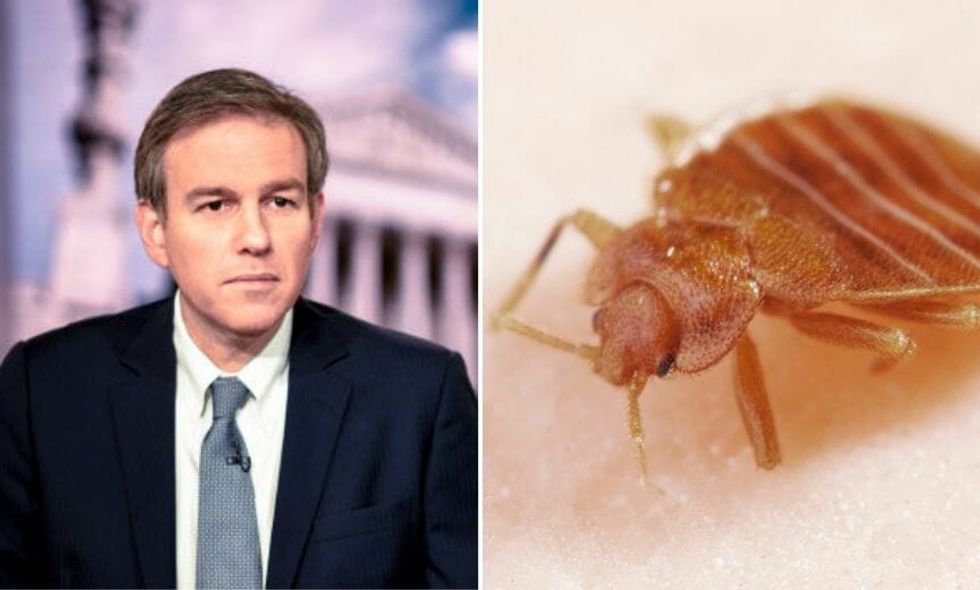 The jokes came pouring in on Monday as news broke that employees at the New York Times discovered bedbugs in their newsroom, but a turn of events that could only unfold on Twitter made sure that the bedbugs wouldn't be the biggest story.

What originally began as an innocuous tweet blew up when Karpf revealed that Stephens saw the tweet and emailed Karpf, as well as cc'ing the GWU Provost.

In the email, Stephens accuses Karpf of setting a "new standard" in the toxicity of Twitter.

"Someone just pointed out a tweet you wrote about me, calling me a 'bedbug,'" Stephens wrote. "I'm often amazed about the things supposedly decent people are prepared to say about other people—people they've never met—on Twitter. I think you've set a standard."

Stephens then presented Karpf with a challenge.

"I would welcome the opportunity for you to come to my home, meet my wife and kids, talk to us for for [sic] a few minutes, and then call me a 'bedbug' to my face. That would take some genuine courage and intellectual integrity on your part. I promise to be courteous no matter what you have to say."

I love how Bret Stephens quit Twitter, like that was his problem Twitter didn't force Stephens to email a random p… https://t.co/k9LsdFEx9Q
— Judd Legum (@Judd Legum) 1566913510.0

He later appeared on MSNBC, assuring that his motive for emailing Karpf's boss wasn't to get Karpf into professional trouble.

Ironically, Stephens has routinely used his New York Times column to rail against political correctness on college campuses and considers himself an advocate for free speech.

Many women, POC, and/or queer writers laughed at the idea that "bedbug" was the dealbreaker for Stephens, considering the amount of hate marginalized writers regularly receive on Twitter.

Imagine if Bret Stephens had to endure a tiny fraction of the hateful comments that women and POC—even total civilians—get #onhere.
— Clara Jeffery (@Clara Jeffery) 1566873986.0

sometimes i think of the deluge of cruelty folks like jemele hill and jamelle bouie and other folks get and they ba… https://t.co/B2tqYA1DMv
— Joel D. Anderson (@Joel D. Anderson) 1566876265.0

People like Bret Stephens believe in the marketplace of ideas until they realize you can’t ask to speak to a manager
— Sam Adams (@Sam Adams) 1566911549.0

i am not personally going to kinkshame Bret Stephens for wanting someone to come over and call him names in front of his wife.
— pony (@pony) 1566904899.0

Even the dictionary threw some shade, providing the definition of the Streisand Effect.

The 'Streisand effect' occurs when the attempt to cover something up only brings it more attention or notoriety. https://t.co/VgBJObll5g
— Merriam-Webster (@Merriam-Webster) 1566873714.0