It's funny cuz it could be true. 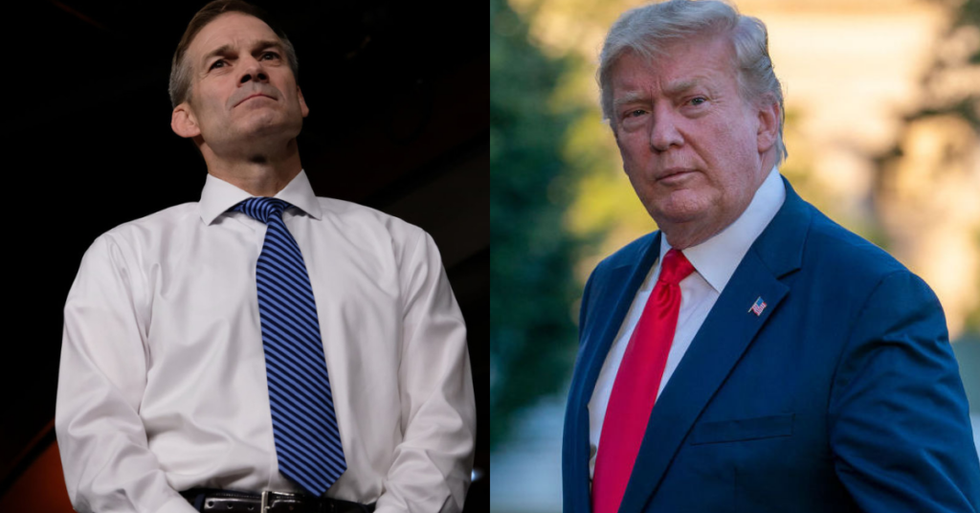 Satire writers have had an interesting time since the 2016 election. While shows like Saturday Night Live did well by portraying actual events in Washington with a minor spin, others struggled trying to top reality.

Even individuals are having difficulty sharing satirical humor online. New York Times bestselling author Dan Lyons found that out when he tried to post a seemingly outrageous fake quote about President Donald Trump and 9/11 on Twitter attributed to Ohio Republican Representative Jim Jordan.

Along with a photo of Jordan, Lyons posted:

"GOP rallies around Trump 9/11 role. 'While Obama and Biden were cowering in fear on Air Force 1, Mr. Trump was on the ground with first responders searching for survivors and pulling people to safety,' Jim Jordan says. 'I remember seeing him on TV, running toward the danger.'"

Everyone believed Jordan was such a sycophant—especially after recent performances in congressional hearings—the quote sounded like something he might say. People called out Jordan for his comment.

The comment he didn't make. The fake quote Dan Lyons made up to call out the GOP as putting party—or President—before country or rule of law.

Adding to the confusion was the fact it wouldn't be the first time a conservative blamed Obama for things that happened before he was President.

@realdanlyons I mean, this is right up there with "was it over when the Germans bombed Pearl Harbor?"
— Jeff Tiedrich (@Jeff Tiedrich) 1564494385.0

@realdanlyons OK someone needs to tell him that Bush was president and he just kept reading a story book to childre… https://t.co/VMV8OeCChF
— Lauren Robertson (@Lauren Robertson) 1564456699.0

Although some people did get the joke.

But even they pointed out it wasn't extreme enough to not be a real GOP quote.

Or raised other questions.

It's a brave new world. Make sure you mark your satire appropriately.

If you're looking for the real deal, verifiable quotes with mostly unverified claims, the book Sh*t Trump Says: MAGA Edition is available here.