Reporter Who Tracks All of Donald Trump's 'False Claims' Just Revealed How Many Whoppers He Told in the Lead Up to the Midterms, and Yeah, We Sense a Pattern 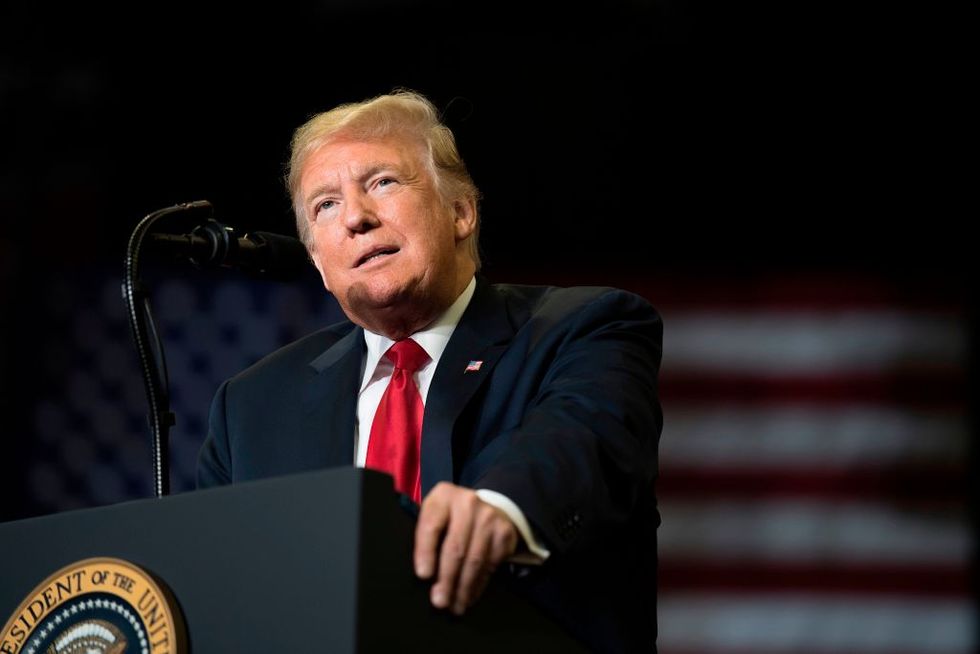 Daniel Dale is the Washington Bureau Chief and White House correspondent for the Toronto Star—Canada's largest newspaper. Dale also is an expert on the false statements of President Donald Trump.

How does Dale know so much about Trump's lack of truthfulness?

The Toronto Star decided the President's numerous "false claims" would be a major story of the Trump administration and gave Dale the job of monitoring Trump's statements. But why call them false claims instead of lies?

"The short answer is that we can’t be sure that each and every one was intentional. In some cases, he may have been confused or ignorant. What we know, objectively, is that he was not telling the truth."

Dale noted Trump's false claims seemed to be increasing as we got closer to the 2018 midterms. After reviewing October 5 to November 6, Dale found a new record was set by Trump with 815 false claims in a month.

According to coverage in the Toronto Star:

"In the 31 days leading up to the midterm elections on Nov. 6, Trump went on a lying spree like we have never seen before even from him—an outrageous barrage of serial dishonesty in which he obliterated all of his old records."

Dale broke down the numbers.

The three most dishonest days of Trump's presidency were the three days prior to the midterms. The record: 74 false… https://t.co/by0FtjypEv
— Daniel Dale (@Daniel Dale) 1542293504.0

He added a hat tip to his number cruncher, Ed Tubb.

Finally: all of these charts and statistics are courtesy of superb Toronto Star editor @EdTubb, who is the hidden h… https://t.co/l9hOaBfdfh
— Daniel Dale (@Daniel Dale) 1542293765.0

Dale clarified that Trump's increase in lies was not just because he spoke more.

The lies per word ratio also increased leading up to the midterm elections.

"But it was not only quantity. Trump packed his rally speeches with big new lies, repeatedly reciting wildly inaccurate claims about migrants, Democrats’ views on immigration and health care, and his own record. Unlike many of his lies, lots of these ones were written into the text of his speeches."

Dale then added the featured topics of the President's midterm lying spree.

One more stat: here are the top four topics of Trump's false claims during his wildly dishonest month leading up to… https://t.co/ru3M7lhfPX
— Daniel Dale (@Daniel Dale) 1542295827.0

People wondered if the President's health might be deteriorating.

Others quibbled over semantics. They felt the Toronto Star and Daniel Dale should call Trump's false claims "lies."

@ddale8 @brianklaas "If you tell a lie big enough and keep repeating it, people will eventually come to believe it". Goebbels
— Paulo Cesar (@Paulo Cesar) 1542301287.0

Whether the President continues with his heightened level of false claims, or lies, now that the midterms are over remains to be seen. But Daniel Dale will be watching.