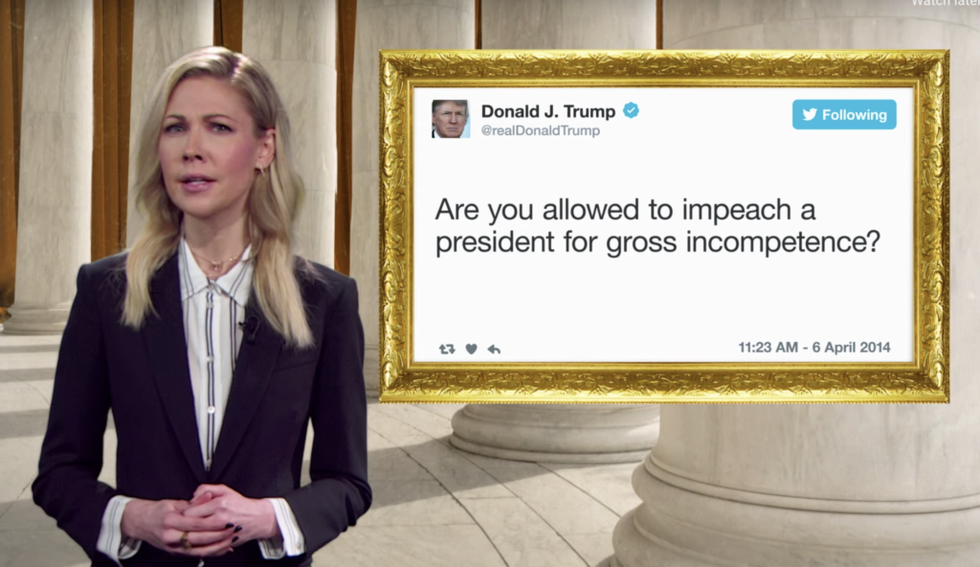 The Daily Show is no stranger to skewering President Donald Trump and his administration. Host Trevor Noah hilariously drags Trump for demeanor, his decisions, and his tweets. Fortunately for the president, The Daily Show is tucked away on Comedy Central, where he doesn't have to see it.

But that's all changing now.

The show is running a savage ad that addresses President Trump directly, which makes sense: the ad will be running on Fox and Friends as well as Hannity Tonight—two of the president's favorite shows on his all-time favorite network.

The ad says in part:

"Hello, Mr. President. Your birthday's coming up and you deserve to celebrate with those you love the most: your tweets. That's why we're bringing The Daily Show Presents the Donald J. Trump Presidential Library to you in Washington, D.C...Join us this weekend as we celebrate you: a true man of characters."

It goes on to reveal highlights from the pop-up Trump Presidential Twitter Library, which documents the most notable of Trump's 38,000+ tweets.

It's unlikely that the president will take The Daily Show up on its offer to celebrate his birthday there, but others couldn't be more excited.

We'll be standing by for an ALL CAPS review from the president.