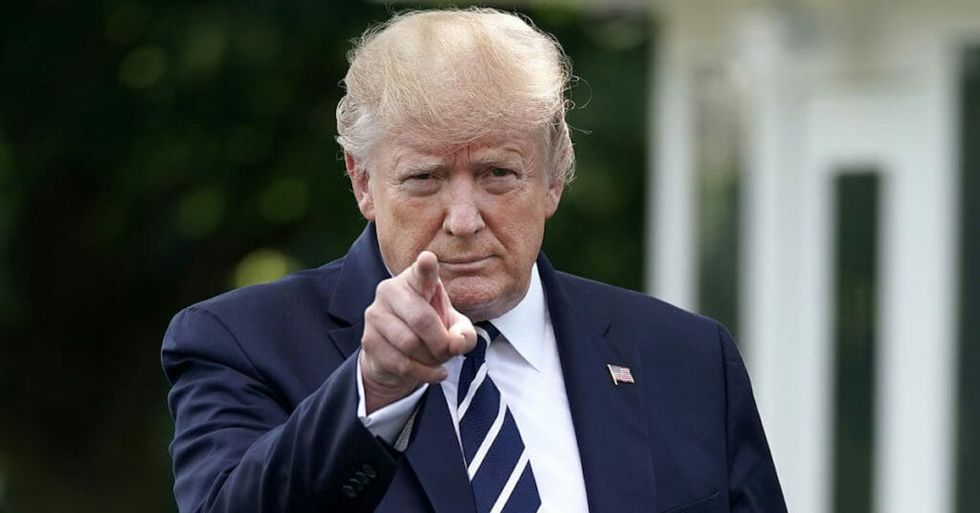 President Donald Trump walks out of the White House before departing July 19, 2019 in Washington, DC, traveling to New Jersey to spend the weekend at his Trump National Golf Club in Bedminster. (Photo by Chip Somodevilla/Getty Images)

This Thursday was no different.

After Trump quoted a right wing conspiracy peddler referring to Trump as the "King of Israel" and likening Trump to the the "second coming of God," he proclaimed he was "the chosen one" to engage China in a trade war. While Trump boasting is nothing new, the uptick in messianic rhetoric was concerning to many.

The Daily News portrayed what a Last Supper for a Trumpian Jesus would look like—and it's not exactly pretty.

The picture highlighted just how incongruent Trump's behavior seems to be with teachings of practically every religion, and Twitter users thought that was spot on.

Trump has since doubled down, retweeting and thanking Wayne Allyn Root, the right wing conspiracy theorist who referred to him as the King of Israel, for dismissing the media's reaction to the pair's comments.