Cruz Control: How His Birthplace Could Make or Break Ted Cruz’s Presidential Campaign 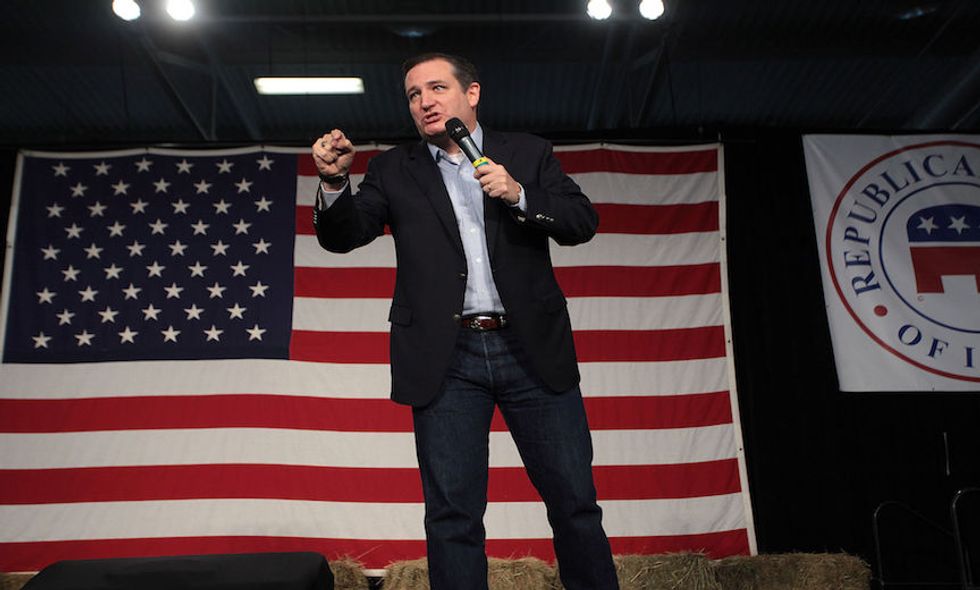 This article has been updated to reflect recent events.

Senator Ted Cruz of Texas won the Iowa caucuses on February 1, surprising the Republican Party and throwing a wrench in Donald Trump’s own presidential campaign, despite the billionaire businessman’s lead in opinion polls for several months. Cruz—with 98 percent of precincts reporting—secured nearly 28% of the Iowa vote. Trump came in second place, securing 24 percent, with only a margin of a lead over Senator Marco Rubio of Florida, who came in a not so distant third.

The stakes were high in the days leading up to the New Hampshire primary on February 9. All eyes were on Donald Trump, who led GOP polls in the state by a significant margin, but whose loss in Iowa cast doubt on the reliability of his supporters. In fact, recent polls and models suggest that his supporters are among those least likely to actually vote. This seemed to bode well for Cruz, who had trailed behind in recent polls conducted in the state. Having established himself as a formidable foe to Trump, he had the potential to not only attract more secular voters, but to unite the Republican electorate. But Ted Cruz would find himself placing third in the primary. Ohio governor John Kasich placed second to Trump, in what turned out to be the biggest surprise of the night.

Opportunities for Cruz to reclaim a once promising lead have not been fruitful. Amiddisputes over the fairness of his campaigning, he failed to make much of an impact during last week's South Carolina primary. Trump's lead in the polls pinned his hopes on placing second, but helost the coveted spot to Rubio and had to settle for third, with 22.34% of the vote. And if Cruz had his hopes set on victory at Nevada's Republican caucus, he was mistaken. In what feels like a rerun of his performance in South Carolina, heonce again placed third to Rubio, this time with 21.4% of the vote. It did not help Cruz's campaign that Rubio had successfully secured endorsements from a number of prominent Republican politicians, including South Carolina governor Nikki Haley and former Republican presidential nomineeBob Dole. The true test of whether Cruz can regain his footing in the race will be on Super Tuesday on March 1.

But one factor throws the legitimacy of his campaign in question: Cruz was not born in the United States. It is, therefore, unclear whether he fulfills the presidential prerequisite of being a “natural born citizen.” A recent poll concluded that 73% of Republican voters do not have any doubt that Cruz is an American, let alone eligible to run for the presidency. This would be a matter for the courts to decide, but there is no such case pending. An attorney in Houston recently filed a lawsuit contesting Cruz’s eligibility, but has failed to gain traction.

Donald Trump has been among Cruz’s most vehement detractors. “Republicans are going to have to ask themselves the question: ‘Do we want a candidate who could be tied up in court for two years?’ It’d be a very precarious one for Republicans because he’d be running and the courts may take a long time to make a decision. You don’t want to be running and have that kind of thing over your head.”

Cruz was born in Calgary, Canada, in 1970 to an American mother (who never relinquished her citizenship) and a Cuban father (who was not a U.S. citizen at the time of his son’s birth). Cruz instantly acquired U.S. citizenship when he was born, so he never had to undergo a naturalization process. He was, in fact, unaware of his dual Canadian citizenship

until the Dallas Morning News discovered it, following the release of his birth certificate. Cruz immediately renounced his Canadian citizenship. But even this act might not be enough to legitimize his campaign.

“No person except a natural born Citizen… shall be eligible for the office of President,” according to the United States Constitution. The concept of  “natural born,” says Mary Brigid McManamon, a professor of constitutional law at Widener University’s Delaware Law School, is derived from English common law, which is both “clear and unambiguous.” She refers to 18th-century jurist William Blackstone, who himself declared natural born citizens as those “born within the dominions of the crown of England,” and aliens as “such as are born out of it.”

Even former President James Madison, an instrumental figure in the drafting of the Constitution, considered birth “the criterion of allegiance,” and place as “the most certain criterion; it is what applies in the United States.” There is no question that Cruz is an American citizen; he is just not a natural born one, according to this definition. And while Article I of the Constitution allows Congress the power to naturalize an alien, Article II does not afford this to potential presidential candidates. It requires that a president be of natural born status.

But the argument might not be so cut and dried. Nathan Peri-Rosenthal, an assistant professor of history at the University of Southern California, and Sam Erman, an assistant professor of law at the USC Gould School of Law have a different interpretation. They claim McManamon’s argument is flawed, because the term “natural born” is non-obvious and not explicitly defined. Furthermore, to accept a single meaning of “natural born” would be short-sighted, because both public opinion and the law change over time. The modern core values of the Constitution, they say, advocate for equality among its citizens. These values also “vigorously protect” a voter’s right to make a “free and democratic choice of their leaders.” Should the people choose to exercise their voting rights and elect Ted Cruz to the presidency, his birthright, the two historians argue, would—and should—be rendered inconsequential.  But however the people may feel toward Cruz is, in fact, inconsequential: Until the Constitution is ratified and the term “natural born” redefined by the Supreme Court, the law must be abided.

There is a bitter irony to all of this, as correct as Donald Trump may have been to assert that Cruz’s candidacy is a cause for concern. In the past, both men have perpetuated the long-standing rumors and conspiracy theories that have accused President Barack Obama himself of not being an American citizen, despite incontrovertible evidence to the contrary. That two impassioned “birthers” could find themselves at odds over the very issue they've used to attack the current president is a darkly humorous coda to the Obama administration's final year.