Donald Trump Intervened in Plan to Redevelop FBI Headquarters Down the Street From His DC Hotel, and Ethics Watchdogs Think They Know Why 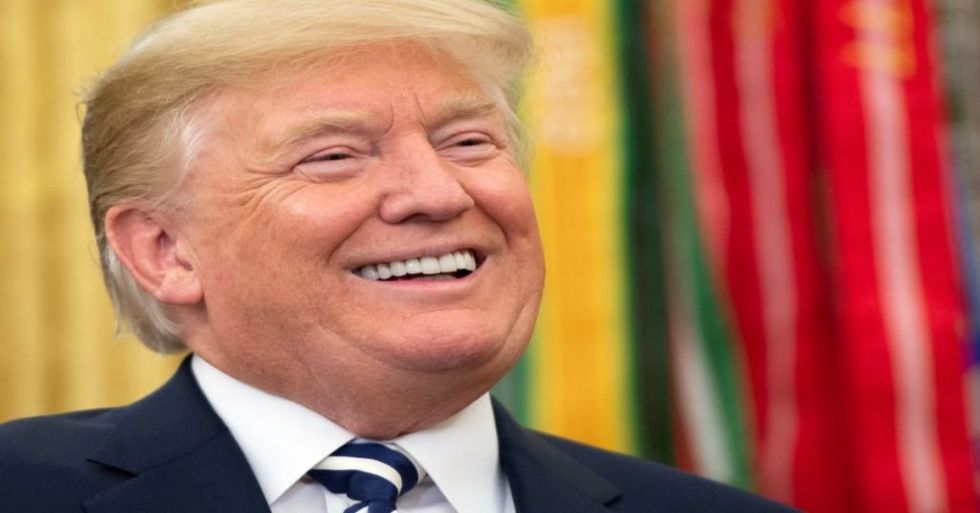 US President Donald Trump speaks during the swearing-in ceremony of Robert Wilkie as Secretary of Veterans Affairs in the Oval Office of the White House in Washington, DC, July 30, 2018. (Photo by SAUL LOEB/AFP/Getty Images)

Office spaces for federal agencies and legislators in Washington DC get renovated and upgraded to meet the changing needs of the group involved. After 9/11, many older federal buildings  got failing marks for their locations and facilities being vulnerable to attack.

As such, many sensitive offices relocated outside the city to meet the post-9/11 security concerns. The personnel at the J. Edgar Hoover Building of the Federal Bureau of Investigation (FBI) on Pennsylvania Avenue were slated for a similar move to a Maryland or Virginia location where the required walls, fencing and guard posts could be added.

But that plan got scrapped and Citizens for Responsibility and Ethics in Washington (CREW) thinks they know why. They cited the location of President Donald Trump's Trump International Hotel in relation to the J. Edgar Hoover Building.

But why would the President not want the building vacated? Hotel guests and diners at his DC hotel rarely include federal workers at the FBI building.

Real estate within the heart of Washington DC is hard to come by. But it is a highly sought prize.

The practice is so common, developers often refer to their building's former purpose in either the new name or the advertising for their location. Trump International Hotel trades on its location within the Old Post Office and Clock Tower pavilion—on the National Register of Historic Places—to draw tourists.

A luxury hotel in the former FBI headquarters fabled J. Edgar Hoover Building certainly would draw tourists. And its location in relation to the President's own hotel and greater name recognition than the Old Post Office could seriously impact the Trump Organization's share of the hundreds of millions spent by tourists on accommodations each year.

And that is at the heart of Trump's interest in the FBI project according to CREW. The group claimed the President nixed the FBI move to a more secure location outside of DC so the J. Edgar Hoover Building could not be sold and become competition for his hotel.

And the GSA Inspector General (IG)—acting on a request from Virginia Democratic Representative Gerald Connolly—confirmed the President intervened. In a statement, Connolly said:

"When we began this investigation, the prospect that President Trump was personally involved in the government-led redevelopment of a property in close proximity to the Trump Hotel was dismissed as a conspiracy theory. Now, the president’s involvement in this multi-billion-dollar government procurement which will directly impact his bottom line has been confirmed by the White House Press Secretary and government photographs."

The report Connolly requested from the GSA IG substantiated CREW claims the president involved himself in the decision to nix vacating the J. Edgar Hoover FBI Building and moving the agency to a secure location in either the Maryland or Virginia suburbs.

But this is not the only trouble involving the President and his Trump International Hotel in DC.

During the 2016 presidential campaign, Trump vowed to sign over all of his private business interests to a blind trust run by his two adult sons. While that fails to meet the legal requirements for a blind trust, Trump reneged on the promise anyway.

Numerous business interest owned by the Trump Organization still sit in the President's name. His direct involvement in his private businesses while acting as President of the United States is at the heart of several actions pending against the Trump International Hotel.

The Attorneys General of Maryland and DC along with CREW brought a lawsuit against Trump over potential emoluments clause violations related to Trump International Hotel. The President directed the Department of Justice to try to block the lawsuit, but a federal judge ruled it could continue.

Additionally, five clergy members and two civic leaders in Washington DC petitioned the liquor licensing board to revoke the license for Trump International Hotel which is still in the President's name. They cited Trump's lack of moral character a requirement for a DC liquor license as the reason.

Between dubbing his private club Mar-a-Lago the Winter White House then upping the membership fees with the promise of direct interaction with the President attached to the payment, trying to use the Presidential Seal on Trump golf course products and spending nearly every weekend at his various business properties golfing, the President receives much criticism for turning his presidency's focus on maximizing Trump Organization profits over running the country.

it is precisely because Trump’s hotel operation poses an ongoing conflict of interest (not to mention a possible vi… https://t.co/L2PyDm80bK
— Jennifer Rubin (@Jennifer Rubin) 1535556872.0

conflict of interest anyone? GOP maybe an investigation on why GSA is allowing this corruption to continue>… https://t.co/2pHllmRYNa
— PEARSE NAVAR (@PEARSE NAVAR) 1535546437.0

As result of the GSA IG report, Representative Connolly asked the GSA and FBI to revisit their original plan to move FBI headquarters to Virginia or Maryland and vacate the J. Edgar Hoover Building.