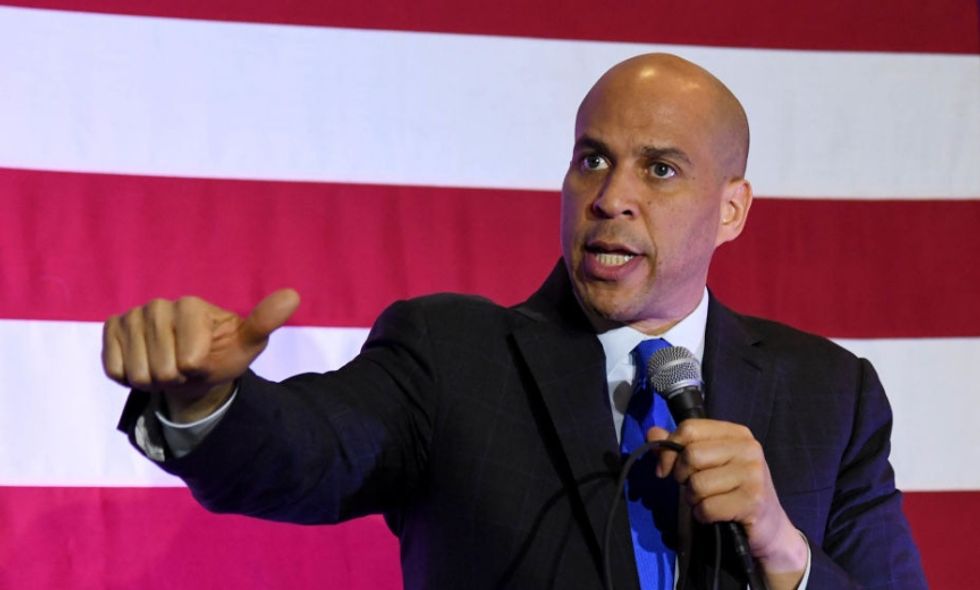 One of the few bipartisan values still left is that any soldier who would risk their life to defend the United States is a hero. But for many on the right wing, that reverence for troops doesn't extend to the thousands of transgender people who have served in the United States military.

Presidential candidate and Senator Cory Booker (D-NJ) recently decried President Donald Trump's ban on transgender service members, hailing them as heroes "just like all other servicemembers risking their lives for our country."

While the statement shouldn't be controversial, the far-right Breitbart News reported on Booker's statement. Predictably, its readers responded to the article with transphobic vitriol.

Booker's response, however, perfectly emphasized that transgender troops being referred to as heroes shouldn't be newsworthy.

The roasting of Breitbart swiftly commenced.

People were confused as to why Breitbart thought this was news-worthy if the publication wasn't implying that transgender soldiers aren't heroes.

Transgender service members are heroes, regardless of what Breitbart and its readers may think.