Republican Senator Mocks News That July Was the Hottest Month on Record: 'It's Summer, Chuck' 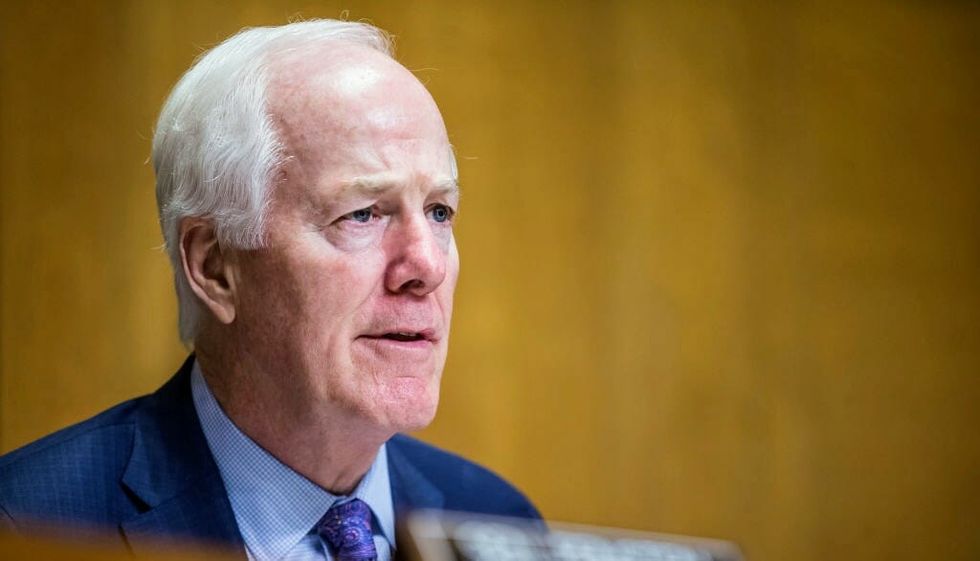 When New York Democratic Senator Chuck Schumer shared information from the climatologists at NOAA about global warming and climate change, people who understand science were concerned. Others, like Republican Senator John Cornyn of Texas, were confused.

"Climate change is the greatest threat facing our planet."

Whether Cornyn thinks the scientists at NOAA missed that detail or just Schumer was unclear.

But judging by responses to Cornyn's Twitter post, the vast majority thought the Texas Senator clearly missed something.

Some reminded Cornyn he's up for reelection in 2020.

@JohnCornyn That is just the type of flippant remark that reveals the depth of you ignorance, #ComradeCornyn. Texas… https://t.co/rSjf97Ner0
— James Peck (@James Peck) 1565988911.0

Many questioned Cornyn's knowledge of science. And English.

Others simply had no patience for ignorance, willful or otherwise.

@JohnCornyn You call yourself a leader and you can't tell the difference between climate and weather. Are you that… https://t.co/Ii6kRA8WmK
— Joe Lockhart (@Joe Lockhart) 1565987149.0

@DavMicRot @JohnCornyn @BetoORourke Worse than your moronic, sneering comment is the fact that you use your positio… https://t.co/pCU0RaMqQo
— Melody Alger (@Melody Alger) 1566035777.0

@JohnCornyn If you can’t tell the difference between weather and climate you must be a #Republican… https://t.co/ontMjVyAmJ
— Uncle Sam (@Uncle Sam) 1566018280.0

Cornyn—who faces a field of challengers lead by decorated combat veteran MJ Hegar for his Senate seat in 2020—has yet to respond to the backlash his ill advised attempt  to be clever provoked.

Believe that thousands of scientists aren't just pulling a prank on us? Let the world know your views with this shirt available here.