Democratic Senator Just Explained Why He May Cede His Time Questioning Brett Kavanaugh to Two of His Female Colleagues, and People Are Here For It 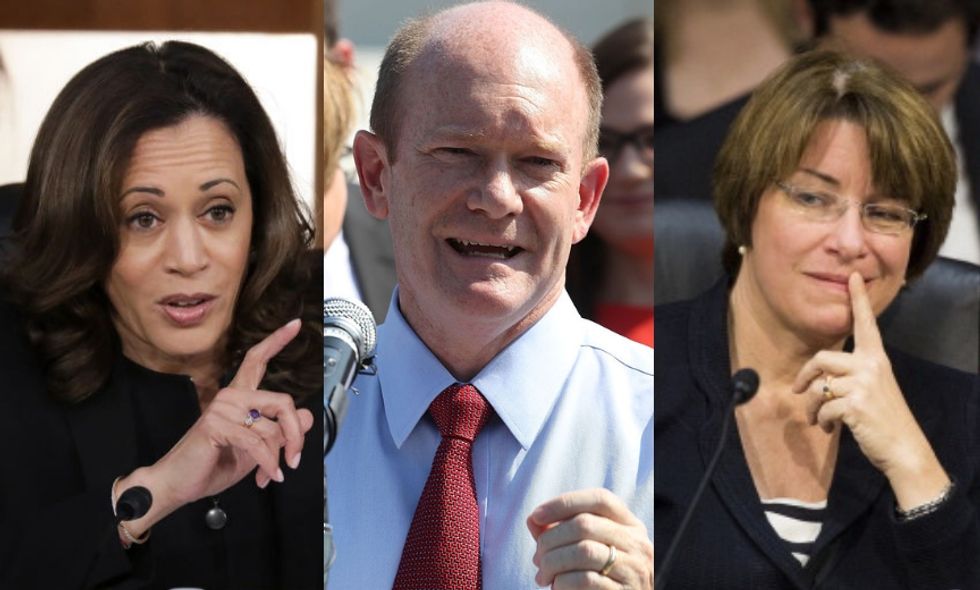 Dr. Christine Blasey Ford's allegations of sexual assault against United States Supreme Court nominee Brett Kavanaugh have upended a confirmation that seemed all but inevitable. As is unfortunately the case when many sexual assault victims come forward, Ford is now facing extreme backlash and vilification, primarily by men.

Senator and Senate Judiciary Committee member Chris Coons (D-DE) is ready to push back against that climate soon. When asked on CNN, Coons said he is prepared to yield his time to fellow Senate Judiciary Committee members Kamala Harris (D-CA) and Amy Klobuchar (D-MN) because of the women's experience as prosecutors who have handled sexual assault cases. Harris previously served as California's attorney general while Klobuchar served as attorney for Hennepin County in Minnesota.

Chris Coons said on CNN that he might cede his time at Monday's hearing to Kamala Harris and Amy Klobuchar because… https://t.co/bqWLQQSVlg
— Kyle Griffin (@Kyle Griffin) 1537284602.0

Many users agreed with him, believing there was more strength in unity for Democrats.

@kylegriffin1 I predict that IF a number of Dems cede their time to @KamalaHarris, the corrupt @GOP will withdraw t… https://t.co/gHlgiMXMXN
— Mary Reed (@Mary Reed) 1537294044.0

Klobuchar repeatedly pressed Kavanaugh on his definition of "precedent" versus "settled law" as the nominee frequently referred to precedent in responses to questions on which Supreme Court verdicts he may overturn.

She also frequently questioned him on his willingness to protect the first amendment rights of the press in the face of ongoing assaults of the institution by the man who appointed him.

Sen. Amy Klobuchar: "How would you apply the First Amendment to a reporter's decision to protect a confidential sou… https://t.co/hOPpyUOeVQ
— This Week (@This Week) 1536261750.0

However, it was Harris's lines of questioning that repeatedly went viral, especially when she asked the nominee about Roe v. Wade, which many fear he would be willing to upend.

Harris also gave a rousing call to postpone the hearing until Republicans supplied more documentation of Kavanaugh's career—a sentiment many Democrats on the judiciary committee echoed.

Sen. Kamala Harris calls for postponement of Kavanaugh hearing: "This is a hearing about who will sit on the highes… https://t.co/jQTwkhsjKE
— ABC News (@ABC News) 1536088977.0

The judiciary committee's vote has been postponed until Judge Kavanaugh and Dr. Ford can testify before them, however Republicans are saying that no additional witnesses will be needed. If they get their way, Harris's and Klobuchar's prosecutorial experience will be undoubtedly invaluable.