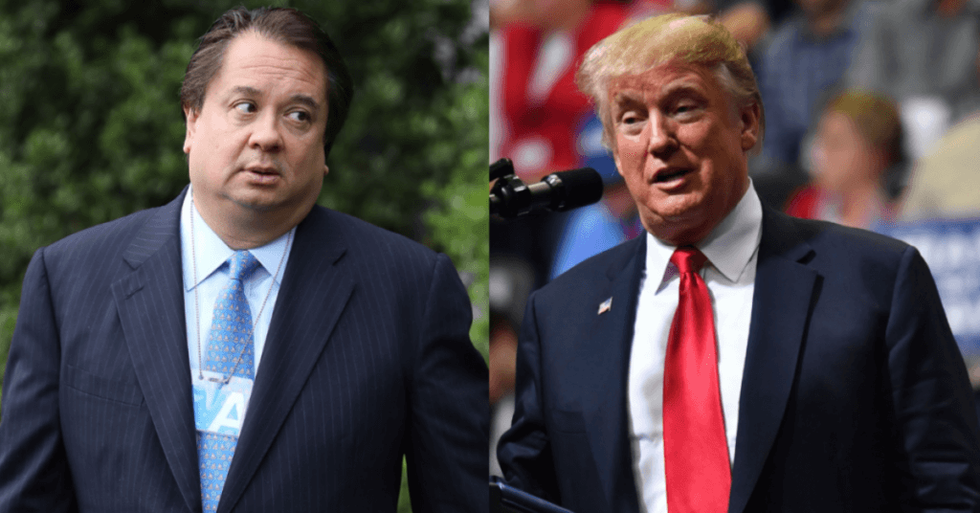 George Conway III is an attorney who once participated in Ken Starr's investigation and the impeachment of President Bill Clinton. He once was on the short list for Attorney General in the Trump administration thanks to his wife Kellyanne's relationship with President Donald Trump during the 2016 campaign.

But that job went to Jeff Sessions and over time Conway's opinion of his wife's boss at the White House—where Kellyanne serves as counselor to the President—soured. Eventually Conway began to express his concerns on Twitter.

Subtle comments at first eventually led to tweets that spelled out the legal and moral issues Conway saw within the Trump administration and with the President himself. Now Conway says intervention is warranted.

On Wednesday, in a series of tweets Conway pleaded his case in which he concluded:

"a serious inquiry needs to be made about this man’s condition of mind."

But let's start at the beginning of the thread, in which Conway posted a video of Trump lying in an interview.

Conway then explained what makes the President's lies go from slips of the tongue to an issue needing a thorough review.

Have we ever seen this degree of brazen, pathological mendacity in American public life? One day he makes a harmles… https://t.co/G8uU1xdfek
— George Conway (@George Conway) 1552521816.0

But instead he lies about it. He denies what the world can see on videotape. Even his donors and supporters wonde… https://t.co/k14hdLcHKh
— George Conway (@George Conway) 1552521941.0

Conway then raised the issue of a recent appearance by Trump where the statements he gave were characterized as "incoherent" and "rambling."

This man who recently gave a incoherent, rambling two-hour-plus speech, this man not known for economy of words? An… https://t.co/aHr3uKL3lZ
— George Conway (@George Conway) 1552522795.0

ridiculous because it was irrelevant to the charges at hand—not that there was no proof of collusion, just that whe… https://t.co/fqJntVCVvj
— George Conway (@George Conway) 1552522928.0

Conway then points out a major issue with the President's lies.

Most of the time they serve no purpose for the President. Or worse, the obvious lies actually hurt him.

He then points out the sheer number of lies told by Trump. The number is so great several organizations recognized early in his campaign that his lies would be a major story of his presidency and began tracking them.

In the end, Conway concluded that no matter what happens with the multiple investigations into the Trump campaign, administration, Foundation and Organization, an inquiry into the President's mental stability was warranted.

Whether or not impeachment is in order, a serious inquiry needs to be made about this man’s condition of mind.
— George Conway (@George Conway) 1552523150.0

People agreed with Conway's case for a mental health check for the President.

While many pointed to a complicit GOP as culpable.

@gtconway3d To go beyond that, what is more upsetting to me, is the fact that we have an ENTIRE Republican congress… https://t.co/6dkcQQAwM9
— Tami Hollingsworth (@Tami Hollingsworth) 1552530981.0

Although many pointed the finger a little closer to George Conway himself.

@gtconway3d So true! You know who will likely be in front of the camera repeating and elaborating his lies tomorro… https://t.co/9ob5z8FSps
— Holly Abraham (@Holly Abraham) 1552532635.0

Conway is not the first to question the President's mental state or call out his near constant lying. However despite multiple people raising the alarm, Congress has yet to act and they may never at all.