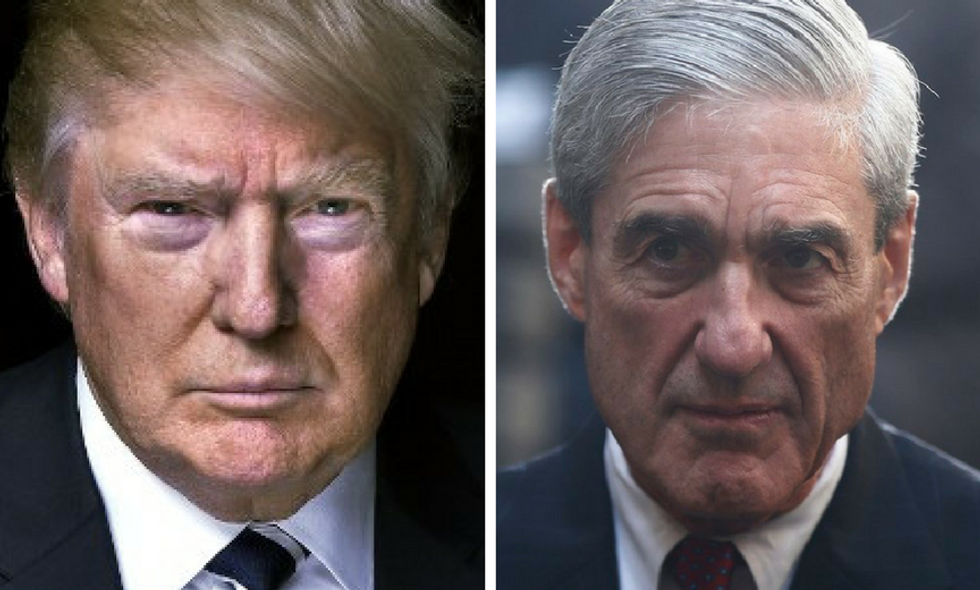 In an interview with PBS Newshour on Monday night, Christopher Ruddy, CEO of the conservative website Newsmax and a friend of President Trump, suggested that Trump was considering firing Robert Mueller as Special Counsel in the Russian collusion investigation.

“I think he’s considering perhaps terminating the special counsel. I think he’s weighing that option. I think it’s pretty clear by what one of his lawyers said on television recently."

While Ruddy added that he thinks the move would be a "significant mistake," he explained the reasoning for potentially firing Mueller would be based on "some real conflicts."

“He comes from a law firm that represents members of the Trump family. He interviewed the day before, a few days before, he was appointed special counsel, with the president, who was looking at him potentially to become the next FBI Director."

"Mr. Ruddy never spoke to the President regarding this issue. With respect to this subject, only the President or his attorneys are authorized to comment."

Tuesday morning, Ruddy fired back at Spicer, urging him not to waste his time "trying to undermine one of your few allies."

White House correspondent April Ryan reported on CNN Monday night that “there’s mass hysteria in the West Wing about this" because if he were to fire Mueller, “it shows that he’s impeding the process yet again.” And indeed, the condemnation of such a move was swift even from Congressional Republicans.

“It would be a disaster. There's no reason to fire Mueller. What's he done to be fired?”

[Firing Mueller would] “certainly be an extraordinarily unwise move.”

“I think Bob Mueller’s as good as you’re going to find. I don’t see any reason to remove him now."

Some Trump allies, such as Newt Gingrich, have been hammering Mueller's credibility in recent days, making the case for his removal.

Republicans are delusional if they think the special counsel is going to be fair. Look who he is hiring.check fec reports. Time to rethink.
— Newt Gingrich (@Newt Gingrich) 1497267248.0

The situation begs the question: Is firing Mueller even an option for the President? Deputy AG Rod Rosenstein made clear in his testimony to the Senate Intelligence Committee last week that he doesn't believe it is.

But if Trump were to let Mueller go, Rep. Adam Schiff, ranking member of the House Intelligence Committee, explained on Twitter what would happen next: