As He Begins His Book Tour James Comey Fires Back at Donald Trump, Says What We're All Thinking 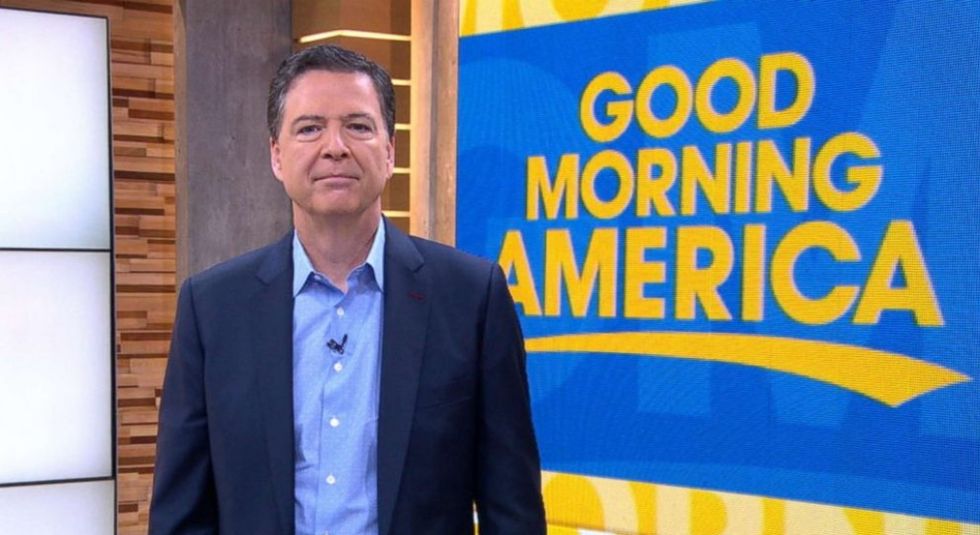 Anyone following President Donald Trump's Twitter account over the last several days witnessed a flurry of Tweets regarding former FBI director James Comey and his memoir, A Higher Loyalty: Truth, Lies, and Leadership.

That includes Comey himself.

"That is not normal," Comey said during an interview on ABC's Good Morning America.

That is not OK. First of all, he's just making stuff up. But, most importantly, the president of the United States is calling for the imprisonment of a private citizen, as he's done for a whole lot of people who criticize him. That is not acceptable in this country."

The president's Tweets indicate a lack of understanding and complete disrespect for the rule of law, according to Comey.

I hope people read the book and see why the rule of law is such an important value in this country, and key to that is that the president doesn't get to decide who goes to jail."

We’re numb to it. We wake up in the morning and see the president of the United States is accusing people of crimes without evidence and pronouncing them guilty and saying they should be in jail."

"That should wake all of us up with a start, but there's been so much of it that we're a little bit numb and that's dangerous.”

Trump's Comey meltdown began in anticipation of the memoir's release and only amplified once Comey began his media appearances in support of the book launch.

As public reaction to Comey's book makes the Twittersphere, where the president spends much of his free time, Trump's accusations and recriminations are unlikely to end any time soon.