Comey Once Tried To Avoid Trump By Blending Into the Curtains 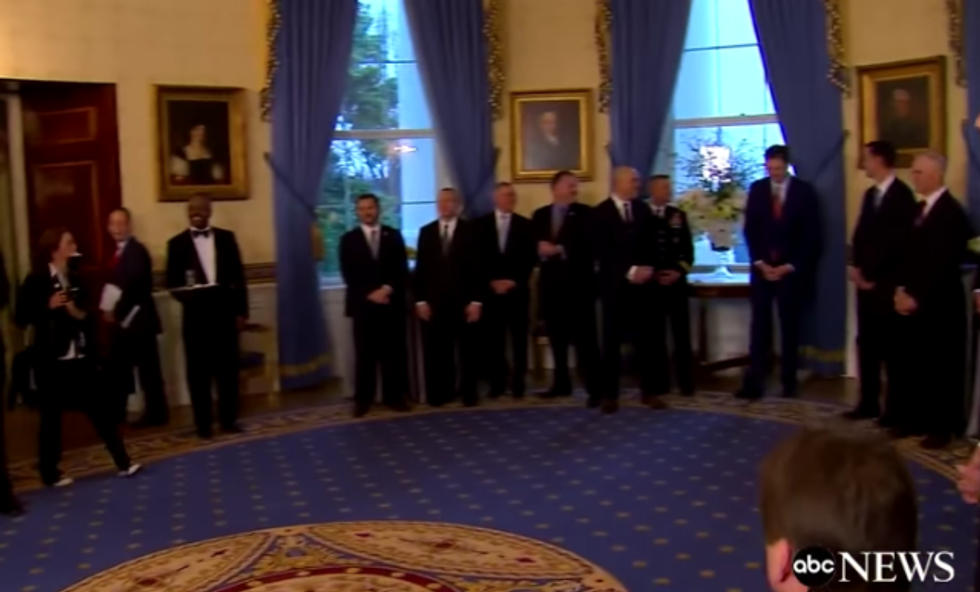 According to a new New York Times piece, the now infamous dinner between former FBI Director James Comey and President Donald Trump, during which Trump asked for Comey's loyalty and Comey refused, is just one of several interactions between the two that made Comey extremely uncomfortable.

One such interaction, buried toward the bottom of the Times story, took place on January 22 during a ceremony at The White House where Trump thanked law enforcement who had provided security at his inauguration.

The ceremony occurred in the Blue Room of the White House, where many senior law enforcement officials — including the Secret Service director — had gathered. Mr. Comey — who is 6 feet 8 inches tall and was wearing a dark blue suit that day – told Mr. Wittes that he tried to blend in with the blue curtains in the back of the room, in the hopes that Mr. Trump would not spot him and call him out.

But Trump did spot Comey, of course, and proceeded to call him to the front of the room. According to Wittes:

“Comey said that as he was walking across the room he was determined that there wasn’t going to be a hug. It was bad enough there was going to be a handshake. And Comey has long arms so Comey said he pre-emptively reached out for a handshake and grabbed the president’s hand. But Trump pulled him into an embrace and Comey didn’t reciprocate. If you look at the video, it’s one person shaking hands and another hugging.”

The video is below: