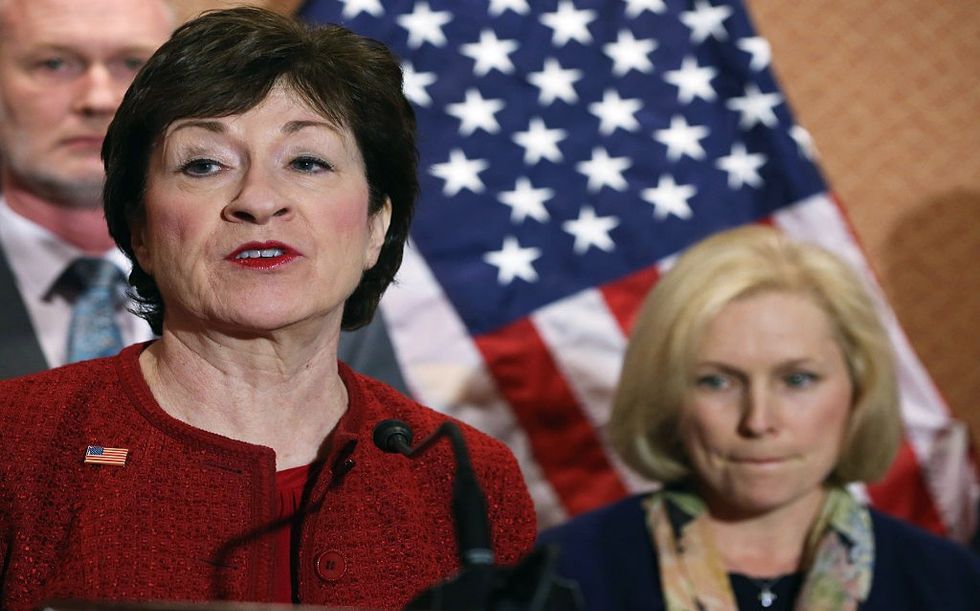 With Justice Anthony Kennedy announcing his retirement, concerns about many prior Supreme Court (SCOTUS) decisions have been raised. One of those decisions is Roe v. Wade, which made access to safe abortions legally available to all American women.

During his campaign, President Donald Trump stated he would ensure safe abortions were once again made inaccessible "automatically." That's not how SCOTUS rulings work, but it is a clear indication of the president's intentions.

Any judge or other individual nominated by Trump to fill the vacant SCOTUS seat is unlikely to favor safe legal abortion rights. That leaves it up to the Senate, who must confirm whoever Trump nominates to SCOTUS, to vet judicial nominees.

Because of her standing, Collins faces heavy scrutiny over her stance on Roe v. Wade.

But Maine Republican women are a different breed than most others.

Well known for bucking the status quo and their moderate tendencies, Collins follows in the footsteps of Senator Margaret Chase-Smith who challenged Joe McCarthy during the height of McCarthyism and Senator Olympia Snowe who penned a scathing rebuke of the trajectory of the Republican Party during the rise of the Tea Party movement before retiring in protest.

When asked for her stance on Roe v. Wade, Collins stated what she has every time she answers that question: Roe v. Wade is "settled law."

I view Roe v. Wade as being settled law. It's clearly precedent. I always look for judges who respect precedent."

But Collins stopped shy of stating she would not confirm a SCOTUS nominee who plans to work to overturn reproductive rights for women.

"I always look at judicial temperament, qualifications, experience, the ABA [American Bar Association] rating and their respect for the rule of law and the constitution," Collins said.

Those are exactly the same criteria that I will apply to whomever the president nominates."

But New York Democratic Senator Kirsten Gillibrand states vetting judges is not enough. There must be no confirmation hearings until after the November elections.

That stance should be backed by Senate Majority Leader Mitch McConnell who upheld hearings on President Barack Obama's SCOTUS nominee for almost a year, waiting for the presidential election, then waiting for Trump to take office.

"Any one of President Trump's list of proposed SCOTUS justices would overturn Roe v. Wade and threaten our fundamental rights," Gillibrand said.

I'll fight to make sure there are no hearings to replace Justice Kennedy until after the election. This is our democracy. Let’s fight like it.

Women’s lives are at stake. I will fight for you to have a voice in the selection of our next Supreme Court justice… https://t.co/bjMqO0kvdl
— Kirsten Gillibrand (@Kirsten Gillibrand) 1530196436.0