Michael Cohen Went Off On Donald Trump During His Sentencing Hearing, and It Was Savage AF 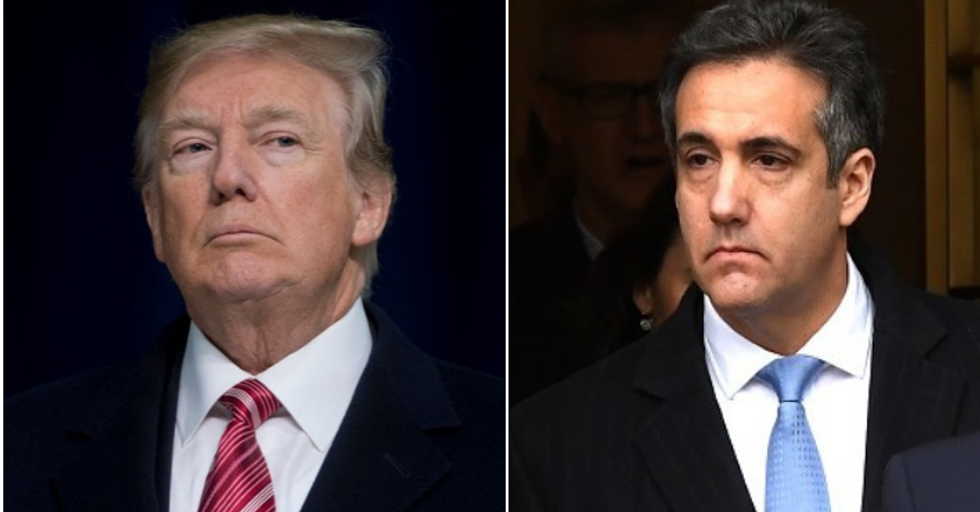 Former personal lawyer and fixer for President Donald Trump, Michael Cohen, learned his fate Wednesday after pleading guilty to eight charges as part of an investigation led by the Department of Justice Office for the Southern District of New York (SDNY).

As is customary in a sentencing hearing, the defendant may make a statement to the court on their own behalf and Cohen had plenty to say. And most of it was about his former boss, President Trump.

"Today is the day I get my freedom back [because I have been mentally incarcerated] ever since I accepted work from a famous business mogul."

"[He] lost his moral compass and sought to monetize his newfound influence."

Cohen—the man who once stated he would take a bullet for Trump—told the court:

"[I plead guilty I was] ensuring history will not remember me as the villain of this story."

Cohen also noted the President made public statements about him on Twitter after the lawyer and confidante for Trump for 12 years decided to tell the truth regarding the evidence the FBI and Department of Justice gathered.

Cohen in court just now: "Recently the President tweeted a statement calling me weak and it was correct but for a m… https://t.co/wpbYKiLKfT
— West Wing Reports (@West Wing Reports) 1544633813.0

Cohen also spoke about Trump's tweet calling for the maximum sentence for him for crimes that also implicate the President himself. But Cohen also acknowledged he followed the illegal directives from his employer of his own free will.

Beyond any implications for the President based on what came out of the investigation and prosecution of his personal lawyer, other parties have concerns as well.

From 2017 to 2018, Cohen was deputy finance chairman of the Republican National Committee (RNC). Cohen's charges include campaign finance violations.

So what does all of this mean for President Trump? In addition to his role as Trump's personal counsel, Cohen also served as a vice-president of the Trump Organization and previously served as co-president of Trump Entertainment and was a board member of the Eric Trump Foundation.

People can only speculate what the fallout will be for the RNC and the Trump family and business.

Cohen's lawyer, Guy Petrillo, also pointed to the President in his defense of Cohen.

Petrillo, who is making a pre-sentencing statement to the court ahead of the judge imposing his sentence, says Cohe… https://t.co/a4kEOp3ZOo
— Nicole Fuller (@Nicole Fuller) 1544630952.0

Petrillo says Cohen "came forward to offer evidence against the most powerful person in our country."
— Nicole Fuller (@Nicole Fuller) 1544631014.0

Petrillo said Cohen couldn't "anticipate the full measure of attack that has been made against him, not only by the… https://t.co/ujEEgN1qUr
— Nicole Fuller (@Nicole Fuller) 1544631176.0

And one statement seemed to particularly target Trump's business record of bankruptcy in order to avoid repayment of loans from numerous banks.

Cohen received 3 years or 36 months for his crimes. It has not yet been revealed who else may be charged thanks to Cohen's cooperation.