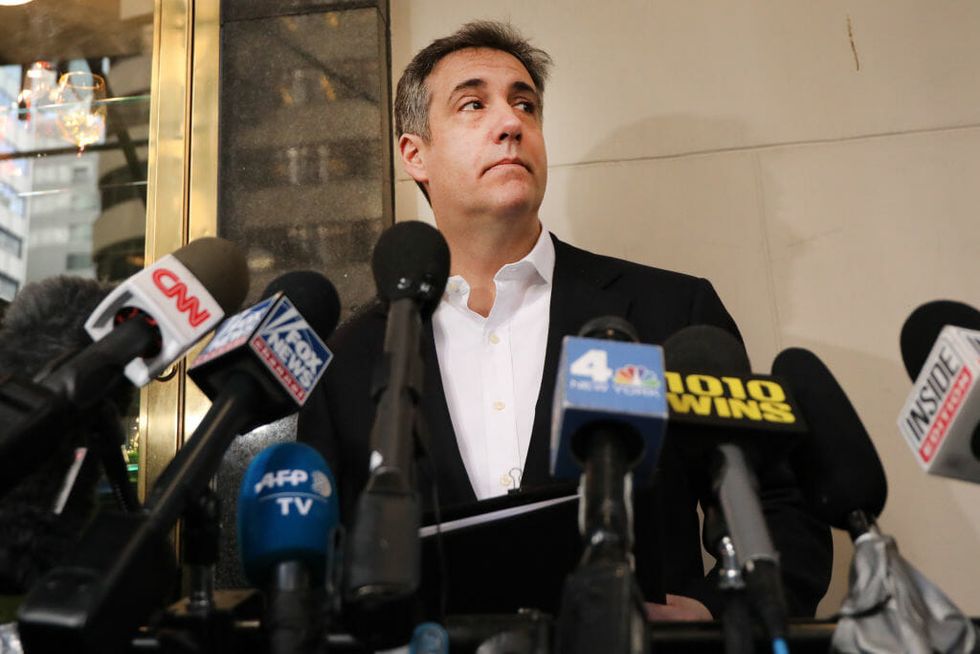 Michael Cohen, the former personal attorney to President Donald Trump, speaks to the media before departing his Manhattan apartment for prison on May 06, 2019 in New York City. (Photo by Spencer Platt/Getty Images)

President Donald Trump's longtime confidant, personal lawyer and fixer,  Michael Cohen, departed for prison Monday. But he had something to say before he left.

"Speaking to reporters outside his Manhattan apartment, Cohen stated:I hope that when I rejoin my family and friends that the country will be in a place without xenophobia, injustice and lies at the helm of our country."

"There still remains much to be told, and look forward to the day that I can share the truth."

It is unclear what Cohen knows, but most speculate it concerns his former employer. As for why he cannot divulge information now, attorney client privilege may be a factor.

The President's fondness for non-disclosure agreements is also a potential reason. It is those secrets contained in Trump's NDA's which led to Cohen's conviction and departure for prison.

Payment made before the 2016 presidential election to adult film star, writer, producer and dancer Stormy Daniels—who had an alleged affair with the President while he was married to First Lady Melania Trump—is the basis of Cohen's campaign finance violation charges. Cohen will also serve time for tax evasion.

In addition to his 3 years of prison time, Cohen must pay $1.4 million in restitution to the IRS and forfeit $500,000 in assets.

Cohen provided congressional testimony, but his recent comments hint at additional information beyond what he revealed then.

As at least one of Cohen's crimes relates to President Donald Trump's political campaign, people wondered why Cohen is going to prison.

While others wondered why Cohen could not speak freely now.

A few supporters of President Trump felt anything Cohen might have to say would not affect the President.

But they were largely outnumbered.

A few people asked for those commenting on Cohen's fate to show compassion.

Cohen will spend his time in a federal prison in Otisville, New York.