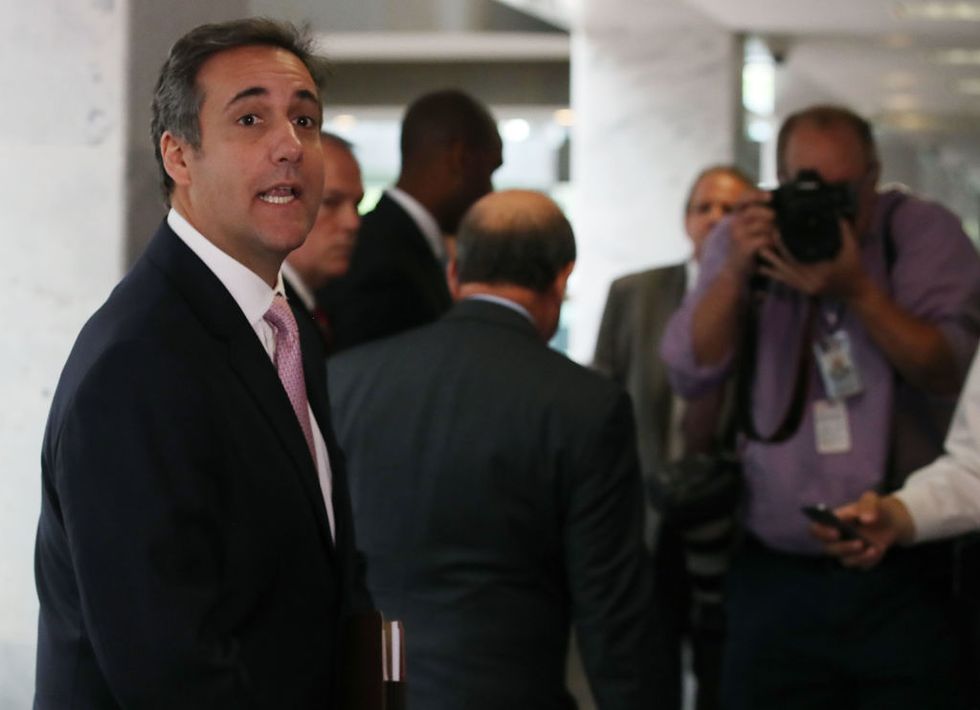 The reason, at least partly, for an early Monday morning raid by the Federal Bureau of Investigation (FBI) of the office and residence of President Donald Trump's personal lawyer, Michael Cohen, may have more to do with Trump's personal indiscretions than international intrigue.

A search warrant obtained by the New York Federal Prosecutors office, based on information of potential criminal activity passed on to them from the Special Counsel's office, and signed by a federal judge relates, in part, to payments made to two women.

NEW YORK - MARCH 22: Stephanie Clifford, aka Stormy Daniels in her interview with Anderson Cooper. (Photo by CBS via Getty Images)

Cohen admits to paying Clifford $130,000 as part of a nondisclosure agreement, securing her silence shortly before the 2016 presidential election.

The second woman is Karen McDougal who says she engaged in an almost year long affair with the then married Trump. The affair reportedly began around the same time as the president's liaison with Clifford, shortly after the birth of his third son in 2006.

According to several sources, federal prosecutors are looking for records about the payments and about the publisher of The National Enquirer’s role in silencing one of the women. The search warrant was carried out by the public corruption unit of the Manhattan federal attorney’s office.

As lawyers themselves, prosecutors and judges fully understand the importance of attorney client privilege. Any decision to seek information in a lawyer's records is weighed with that intimate knowledge of the relationship.

Rosenstein’s personal involvement points to the significance of the evidence that led to the execution of the warrant and the raid.

The president characterized the raid as a witch hunt and has repeatedly blamed bias for the investigations and indictments involving his campaign and administration members. However all high ranking members of the investigative team are lifelong Republicans.

Berman himself was recused from participating in the investigation into Cohen by senior Justice Department officials. Others in the New York office handled the raid.