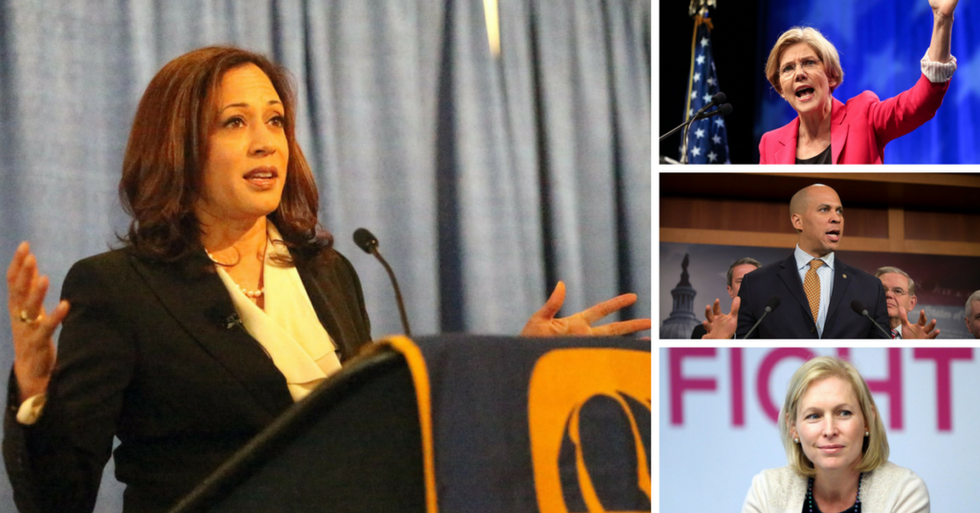 This morning the office of Vermont Senator Bernie Sanders introduced his Medicare for All Act of 2017, new universal healthcare legislation that so far claims 15 Democratic co-sponsors in the Senate, many of whom are considered contenders for the 2020 presidency.

Yesterday evening Sander’s office quoted Pope Francis in a tweet, saying: “Health is not a consumer good but a universal right, so access to health services cannot be a privilege.”

In a recent interview, Sanders explained that this is the direction the country has to go. “Right now, if we want to move away from a dysfunctional, wasteful, bureaucratic system into a rational health-care system that guarantees coverage to everyone in a cost-effective way, the only way to do it is Medicare for All,” he said.

"Health is not a consumer good but a universal right, so access to health services cannot be a privilege." –Pope Francis
— Bernie Sanders (@Bernie Sanders) 1505273732.0

Democratic Senator Al Franken of Minnesota said yesterday in a Facebook statementthat he would support Sanders' bill, saying that it serves as a starting point to reach the goal of universal healthcare: “I’ve always believed that health care is a right for all Americans—not a privilege—and that every person in our country deserves access to the care they need.”

Many of the supporters are Democratic senators considering their candidacy for the presidency in 2020, including Kamala Harris (California), Cory Booker (New Jersey), Elizabeth Warren (Massachusetts), and Kirsten Gillibrand (New York).

Last week Senator Elizabeth Warren released a statement as one of the early supporters of the bill: "I believe it’s time to take a step back and ask: what is the best way to deliver high quality, low cost health care to all Americans?"

Senator Kamala Harris took to Twitter as well to show that she is in agreement with Warren and Sanders:

In fact, Harris announced as early as late August in a town hall that she would support Sanders' bill. "I intend to co-sponsor the 'Medicare for all' bill because it’s just the right thing to do,” said Harris. "It's not just about what is morally and ethically right, it also makes sense just from a fiscal standpoint.”

On Monday, Senator Cory Booker re-tweeted a photo of him and his personal hero Congressman John Lewis from two months ago as his reason for why he’s supporting the new bill. Back then he and Lewis protested the attempted repeal of the Affordable Care Act. In a statement at the beginning of this week Booker said that he supports universal healthcare because it is both a civil and human right.

Yesterday, Senator Kirsten Gillibrand threw in her support as well, reiterating that affordable health care is a right, not a privilege.

If you believe every American should have good, affordable health care, join me in supporting Medicare for All. https://t.co/Sx8OSHh95q
— Kirsten Gillibrand (@Kirsten Gillibrand) 1505231349.0

While the Medicare for All Act has a slim chance of passing in a Republican-dominated Congress, two months after the Republicans’ latest failed campaign to repeal the Affordable Care Act, the more significant takeaway is perhaps that most of the supporters are either 2020 Democratic candidates, or those facing tough reelections next year.