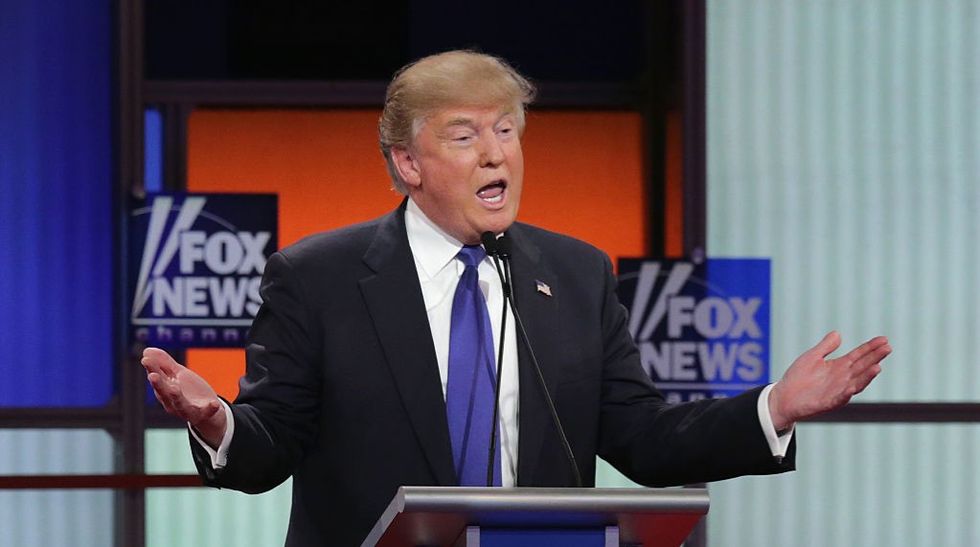 On Wednesday, President Donald Trump announced his plan to deploy the Army National Guard to the United States border with Mexico. Now CNN journalist Brian Stetler thinks he knows where the idea came from.

Stetler raised the issue Sunday on CNN’s Reliable Sources, stating the president relies only on Fox News and other pro-Trump, confirmation bias promoting sources for all of his information. Trump proudly states he watches Fox News and meets with personalities from the network regularly.

It is, according to the veteran journalist, “a story that symbolizes everything that is wrong with the Trump era.”

The line where Fox News ends and where Trump begins is getting blurrier by the day.”

President Trump receives faulty information then he makes impulsive decisions and his staff has to scramble.”

Following a dinner Trump had at Mar-a-Lago with Sean Hannity and Fox News coverage of a Honduran caravan, Trump made his decision to send military forces to the border with Mexico.

Showing a clip of Fox News’ discussion on the caravan, including discussions on militarizing the border, Stetler stated Trump then began discussions on deploying troops.

Stetler described the plan as a public relations stunt for a “manufactured crisis.”

He is playing to his base, stoking anti-immigrant fears and even catching his staff off guard. Then they have to scramble to make it look like he knows what he’s doing.”

Someone please check on @realDonaldTrump he has only tweeted once today and it doesnt even mention #Hillary. He may… https://t.co/VHRX8zhNbJ
— C Fez (@C Fez) 1523284882.0

This Fox News graphic shows how much more Americans trust news networks than Trump. Fascinating that the ones he at… https://t.co/Oem6CNGJwu
— Joe Scarborough (@Joe Scarborough) 1523265373.0

@thehill He has an addiction to hearing positive news about himself. He is President Confirmation Bias.
— TLC (@TLC) 1523275633.0