CNN Just Hired a Former Trump Administration Staffer to Run Their 2020 Political Coverage, and Her Old Tweets Sure Are Something 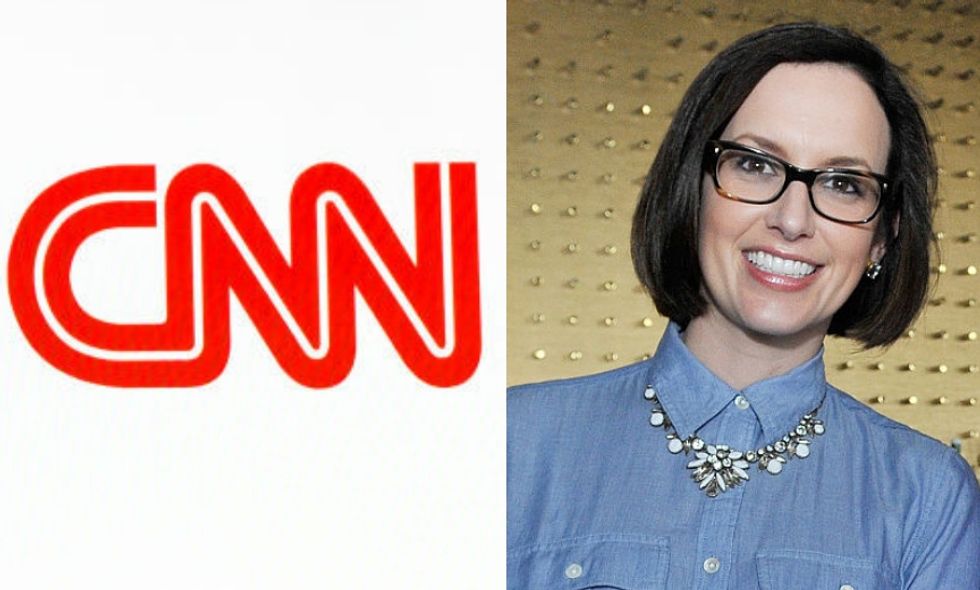 Journalists often leap to defend CNN as a journalistic institution in the face of accusations by many on the Right that the network exists to benefit Democrats through insidious means.

Now, many of those same journalists are calling foul after CNN announced it would hire Sarah Isgur as Political Editor. The position is a daunting one for someone like Isgur, who—according to her LinkedIn profile—has no journalistic experience, but does have a wealth of experience working for Republicans and the GOP as a whole.

Isgur's last job was under former Attorney General Jeff Sessions in the Justice Department. She also previously worked for the Republican National Committee and on the 2016 campaign for Republican Carly Fiorina.

If her previous political affiliations weren't enough to give pause, her unearthed tweets are even more unsettling.

There are multiple Tweets decrying CNN itself, with at least one referring to it as the Clinton News Network—a derisive term for the network that gained popularity among Republicans during the 2016 campaign.

Others endorse Trump staffers and Republican causes, while disparaging Democrats.

Journalists are disturbed and skeptical of Isgur's ability to dictate the network's election coverage without bias or outside influence.

pretty dumb for CNN to hire a political editor who has never worked in journalism and has so many conflicts of inte… https://t.co/KnBPsXMN35
— Simon Maloy (@Simon Maloy) 1550608296.0

It's not just journalists that are disturbed.

Every day Americans are concerned, still feeling the aftershocks of a presidential election entrenched in fake news and insidious influence.

@voxdotcom The fact that she was a spokesperson for racist Sessions should have been enough to disqualify her not t… https://t.co/ou1awD1HRT
— Kat (@Kat) 1550617986.0

For its part, CNN has defended Isgur's hiring, citing her "wealth of government, political, communications, and legal experience."

That hasn't stopped many from have vowing to switch of CNN for good.

@voxdotcom Well I guess I won't be watching CNN... only Rachel and Lawrence and then social media
— Tim Baumgardner (@Tim Baumgardner) 1550609810.0

The 2020 election is already shaping up to be another polarizing time.