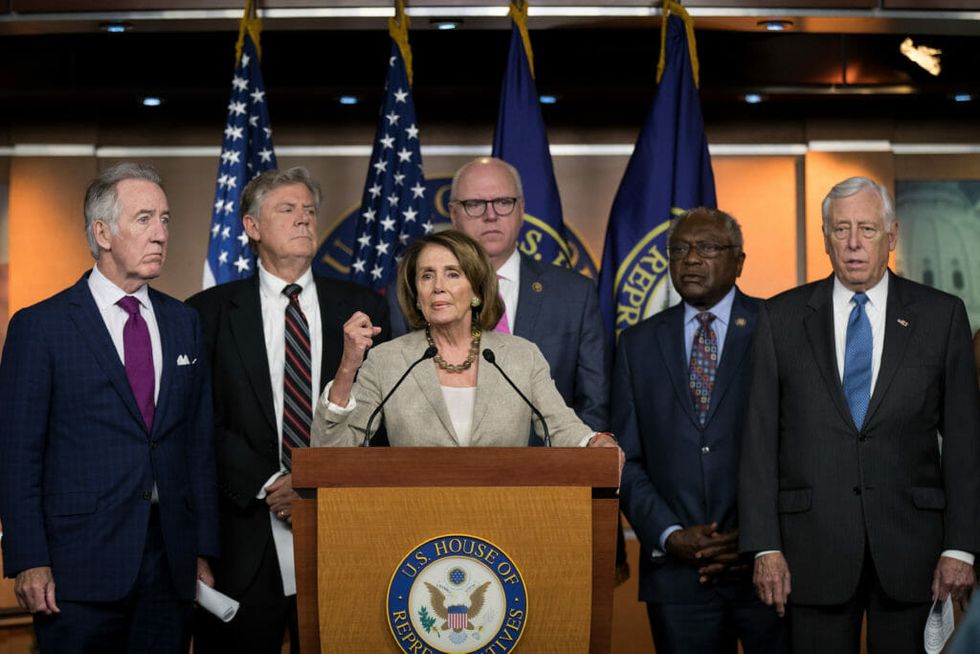 It's only February, and already a record number of Republican members of Congress have announced their retirement. According to The Atlantic, a total of 36 Republicans will not seek re-election to the House this year, as compared to just 17 Democrats.

A new CNN poll provides an explanation for why Republicans are abandoning the House in droves ahead of November's elections:

Perhaps they see the writing on the wall:

According to a new CNN poll, 54% of respondents said they intend to vote for the Democrat for Congress in November versus just 38% who said they will vote for the Republican.

This 16% advantage that Democrats have in the congressional generic ballot could signal real trouble for Republicans this November as they seek to hold onto their majorities in the House and Senate.

Democrats need to pick up just 24 seats in the House to win back the majority. Back in 2006, when Democrats won back the House in a wave election that saw them retake 31 seats, polling showed them with a generic ballot advantage of just 11.5 points (with the final result ending up at +8%.)

Commentators were quick to note the significance of the results:

That brings the average generic ballot back up to double digits after lagging last month:

Many used the news to rally Democrats to make the polling a reality on election day:

Because Democrats remember what the polls were showing in 2016:

So the message is clear: