This CNN Breaking News Headline Perfectly Sums Up This Moment in Donald Trump's Presidency, and It's Way Too Accurate 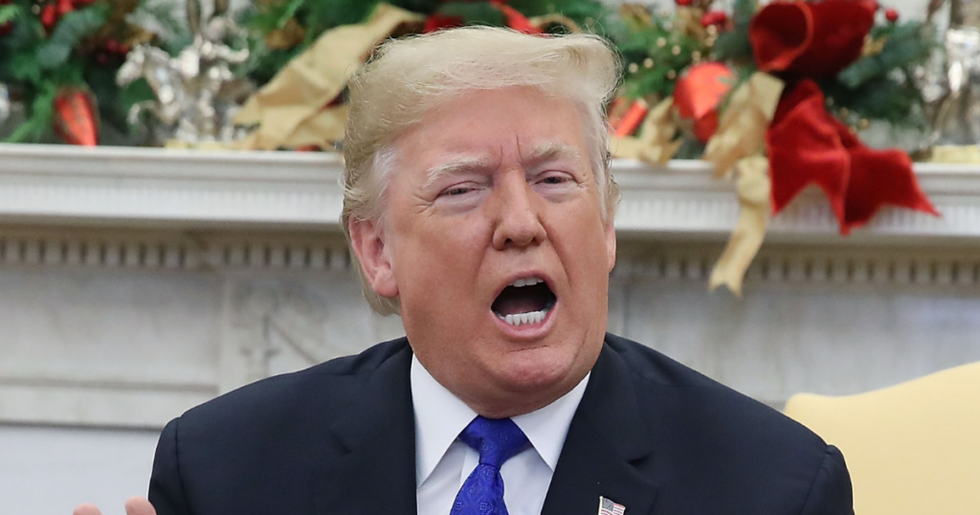 After a chaotic day marred by a tumbling stock market and the resignation of Defense Secretary Jim Mattis, CNN aired a chyron that perfectly sums up where we are as a country.

Mattis quit Thursday afternoon, barely 24 hours after Trump announced the withdrawal of American troops from Syria, tipping the balance of power in the civil war-ridden nation in favor of Russia and Iran. Trump is also expected to call for a drawdown of troops in Afghanistan.

The Dow Jones plunged more than 600 points, dragging the market down more than 13 percent from its high in September.

Trump reneged on his pledge to fund the government through February 8 because the spending bill - a rare bipartisan effort - did not include money for a border wall. The federal government will likely shut down Friday night.

All this winning is exhausting.

Nothing to see here.

Trump is scheduled to leave tomorrow for a 16-day vacation at Mar-a-Lago.

Yep - our government employees who have to work during the shutdown will not be getting paid. They may get back pa… https://t.co/cqiDo4cHoW
— Rogue NASA (@Rogue NASA) 1545349331.0

White House Press Secretary Sarah Huckabee Sanders said Thursday night that Trump will remain in Washington if the government shuts down. How noble.

Brace yourselves; winter is coming.