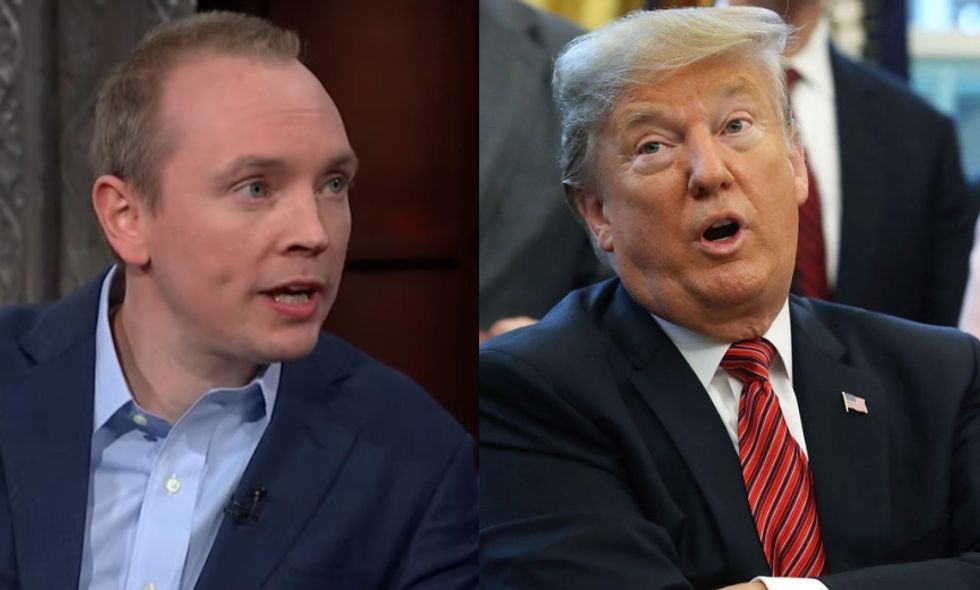 In a move that will likely surprise no one, President Donald Trump took to Twitter this morning to insult a former staffer.

This time, his ire was aimed at former aide Cliff Sims, whose most recent memoir about his time working for Trump—Team of Vipers: My 500 Extraordinary Days in the Trump White House—is making waves for being the latest tell-all from a former member of the Trump administration. As with most of the memoirs by his former staffers, Team of Vipers paints a picture of a White House in chaos, and his former boss is none too happy about it.

A low level staffer that I hardly knew named Cliff Sims wrote yet another boring book based on made up stories and… https://t.co/SGN2UN9Ohw
— Donald J. Trump (@Donald J. Trump) 1548769555.0

Trump referred to Sims as a "gofer," or errand boy.

Trump has made similar dismissals of people who turn on him—like George Papadopoulos  and Michael Cohen—have done less to distance him from the spurned officials in the past and more to indicate how threatened Trump is by their stories and testimonies.

It's possible Sims was expecting this, because he had pictures and inscriptions from Trump at the ready.

Sims's response vindicated what Twitter users suspected all along.

@brianklaas Aren’t they ALL Gofers after they Find themselves or are forced to tell the Truth about Trumps incompetence.
— John Ryan (@John Ryan) 1548770469.0

Some were having flashbacks.

When former staffer George Papadopoulos became the first person involved with the Trump campaign to be indicted in the Russia investigation, Trump and his administration assured the country that Papadopoulos was nothing more than a coffee boy.

People recalled that with Trump's denials this morning.

The Trump administration may claim that Sims was just a coffee boy as well, but now, he's spilling tea.