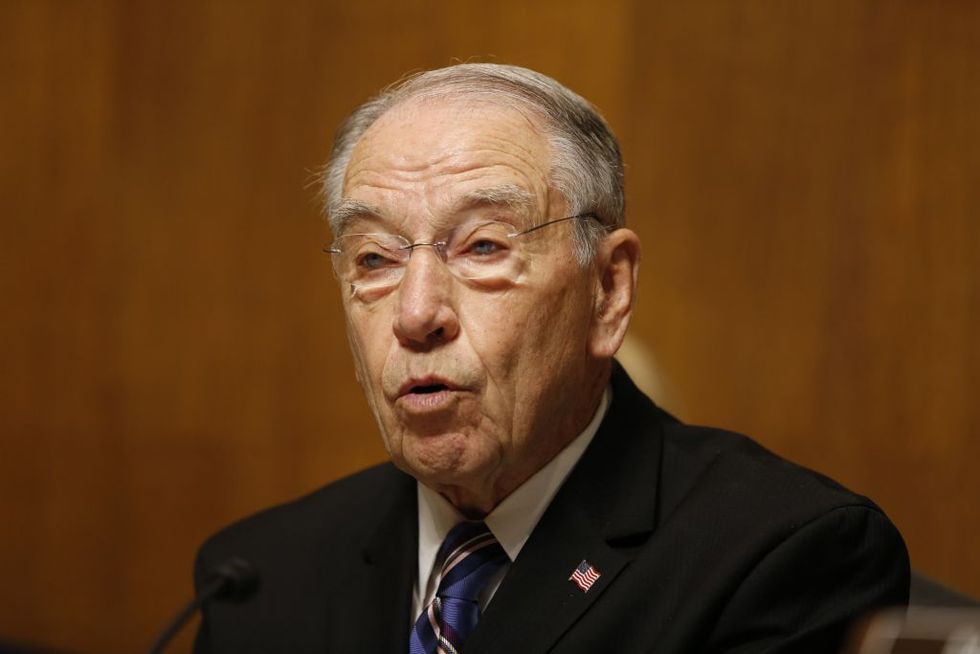 WASHINGTON, DC - SEPTEMBER 27: Senate Judiciary Committee Chairman Charles Grassley (R-IA) speaks before the Senate Judiciary Committee hearing on the nomination of Brett Kavanaugh to be an associate justice of the Supreme Court of the United States, on Capitol Hill September 27, 2018 in Washington, DC. A professor at Palo Alto University and a research psychologist at the Stanford University School of Medicine, Ford has accused Supreme Court nominee Judge Brett Kavanaugh of sexually assaulting her during a party in 1982 when they were high school students in suburban Maryland. (Photo By Michael Reynolds-Pool/Getty Images)

The Tax Cuts and Jobs Act—Republican tax bill that went into effect last year—has left a lot to be desired, even for many middle class Republicans.

While the bill touted lowered individual tax rates and an increase for the standard deduction, it was heavily criticized for its slashing of corporate tax rates from 35% to 21%—a move many predict will lead to a notable increase in the deficit.

And though Americans received higher pay on average, if they didn't adjust the withholdings in their paycheck, they're likely facing a lower refund, or no refund at all, but a bill instead—a prospect that has many middle class and working class Republicans outraged.

According to Senator Chuck Grassley (R-I), those people are stupid.

“Why don’t you write a story saying, ‘You’re stupid to look at your refund to see whether or not you got a tax increase or a decrease. You can’t measure by the refund.”

While it's true that refund size isn't a solid metric for measuring an increase or decrease, many feel that the hastiness with which the bill was pushed through the Senate in late 2017 hindered the Internal Revenue Service's ability to adjust. The IRS was given only a week to recalibrate the paycheck rates it recommends employers withhold from their workers to pay their federal taxes by the end of the year.

Many rejected Grassley's words and criticized how the tax bill enables corporate greed and prioritizes the wealthy.

But there was one thing Grassley didn't seem to get.

The Senator, whose net worth is estimated to be over $3 million, doesn't seem to realize that far too many Americans are forced to live paycheck to paycheck, and any disturbance in that unsustainable pattern could be financially damning.

@HuffPost It makes a lot of difference if you are on fixed income and struggle from month to month
— Renate mckeever (@Renate mckeever) 1551403842.0

It would likely be more helpful for Grassley to work toward ending this pattern, rather than calling Americans stupid.