GOP Senate Judiciary Chair Just Left a Note for Christine Blasey Ford Ahead of Her Testimony Tomorrow, and People Aren't Sure What to Think 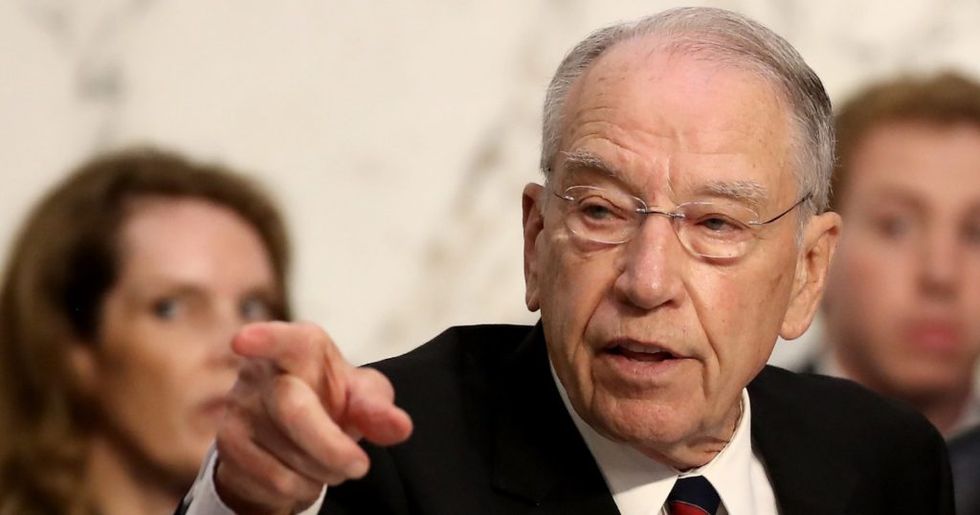 Senator Chuck Grassley (R-IA), chair of the Senate Judiciary Committee, left a vexing note for Dr. Christine Blasey Ford ahead of her scheduled testimony before the Committee on Thursday.

"Good luck Dr. Ford," the note from Grassley read. It was placed on the table where Ford will be seated during the hearing.

The ambiguous nature of the note has people scratching their heads on social media.

Could Grassley be trying to be supportive? A couple of people think so.

Most, however, think it was highly inappropriate.

@ABC Has that ever been done before? Why is he communicating with her before she addresses the entire committee?
— Tori Griffin (@Tori Griffin) 1537996425.0

Speculation over the meaning of the note is varying widely. Some see it as an attempt at intimidation.

@ABC I would not welcome that note if I were Dr. Ford; particularly given Grassley's statements since her letter an… https://t.co/PzwTHBJsE7
— Enough Is Enough (@Enough Is Enough) 1537996315.0

People want to know what "luck" has anything to do with the hearing, where Ford will testify under oath that she remembers Kavanaugh attempting to rape her at a high school party in the 1980's. Kavanaugh will also be offering his own sworn testimony.

The hearing is supposed to be fair and open, so "luck" shouldn't be a factor. The truth is what's important.

People are frustrated and confused.

@billritter7 Why would @ChuckGrassley leave a note like this, which could be interpreted as sarcastic and even some… https://t.co/2KH0q1KcvW
— Meowser (@Meowser) 1537994960.0

“I feel like I have a definite responsibility to hold a hearing, not only for her but for Judge Kavanaugh,” Grassley told Reporters on Wednesday. “She's been waiting for ten days now to appear so why would we want to disadvantage her from doing what she offered to do a long time ago?”

That doesn't clear up anything, Senator.