We Now Know the Conditions Under Which Christine Blasey Ford Will Agree to Testify Next Week, and People Have Questions 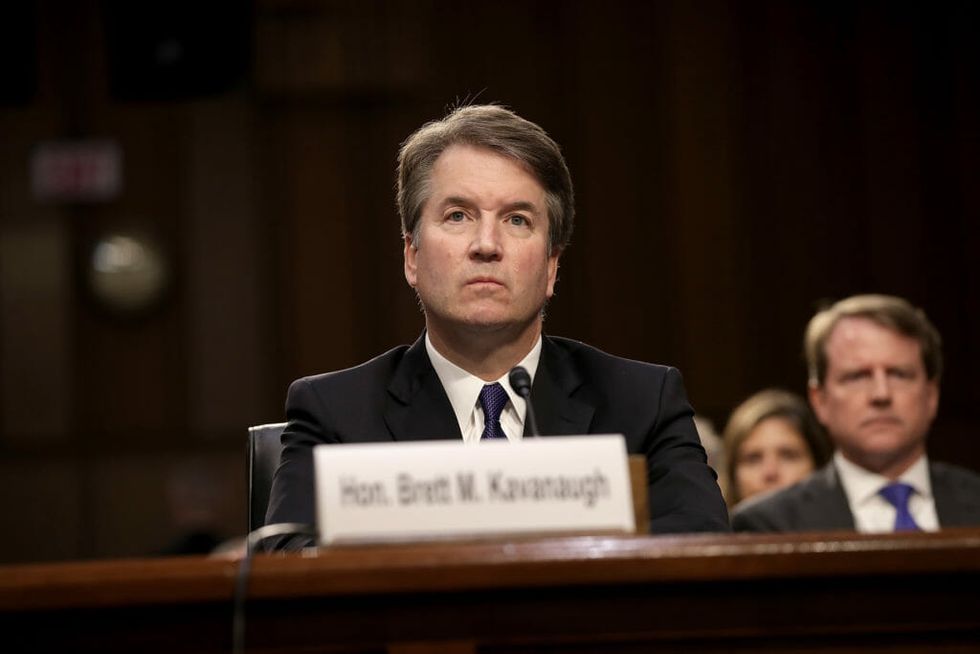 Attorneys for Dr. Christine Blasey Ford, the Stanford University professor who alleges Supreme Court nominee Brett Kavanaugh sexually assaulted her in high school, spoke with attorneys for the Senate Judiciary Committee and laid out conditions for her appearance before the panel.

These conditions, which Dr. Ford's attorneys presented over the course of an hour-long telephone call which marked the first time Republicans have spoken with Dr. Ford's legal team since she went public, are as follows:

Debra Katz, one of Dr. Ford's attorneys, sent to the participants on the call a letter reiterating their position. The letter reads, in part:

"I want to be clear about our position. The only issue I said was a deal breaker was that Dr. Ford cannot appear at a hearing on Monday for the reasons I described, and relatedly, that the demand that she submit written testimony by 10:00 a.m. tomorrow is a non-starter. It is simply not possible for her to prepare such testimony while at the same time trying to take appropriate security precautions in the face of the avalanche of threats she has been receiving. She needs sufficient time to settle things with her family in California, travel east, and prepare for her testimony."

Senator Chuck Grassley (R-IA), the chairman of the Judiciary Committee, convened with his fellow Republicans and is expected to present Dr. Ford with a counter offer as early as Friday. The most controversial of Dr. Ford's requests is expected to be the subpoena of Judge, who wrote a letter to the Senate Judiciary Committee in which he stated he has no intention of cooperating with the committee in any way. It is not likely that Republicans would allow a witness to dictate a subpoena of another witness.

The response to these claims has run the gamut from curious...

@Salon It is her loss. I guess she has to take lessons from the Dems on how to humiliate herself in the public eye… https://t.co/sUozLDKTxc
— Sheila Ryan (@Sheila Ryan) 1537479204.0

@ilyseh It’s certainly not her move. My guess is that security thing is a ruse knowing people like you would grasp for it.
— Bill Ferris (@Bill Ferris) 1537478359.0

In a letter sent to the Judiciary Committee, Kavanaugh said he looked forward to the Monday hearing, saying that he wanted one “as soon as possible, so that I can clear my name.”

“Since the moment I first heard this allegation, I have categorically and unequivocally denied it,” he wrote. “I remain committed to defending my integrity.”

Kavanaugh has found himself fighting even more negative press since Dr. Ford came forward and identified herself as the author of an anonymous letter sent to Senator Diane Feinstein (D-CA), the ranking Democrat on the Judiciary Committee, detailing the allegation.

According to reports in The Guardian, the Huffington Post and Above the Law, Amy Chua, a professor at Yale Law School, would advise students on their physical appearance if they wanted to clerk for Kavanaugh. Chua would emphasize a "model-like" appearance. Fellow professor Jed Rubenfeld, who is Chua's husband, also once told a student seeking a clerkship that Kavanaugh "hires women with a certain look."

In a letter which a Yale Law spokesperson confirmed was written in a response to these reports, Dean Heather Gerken wrote that she wanted to "address the press reports today regarding allegations of faculty misconduct" and that "the allegations being reported are of enormous concern to me and to the School."

"While we cannot comment on individual complaints or investigations, the Law School and the University thoroughly investigate all complaints regarding violations of University rules and take no options off the table," Gerken wrote, adding:

"I strongly encourage any members of our community who have been affected by misconduct to take advantage of Yale University's resources for reporting incidents and receiving support. The Law School has a responsibility to provide a safe environment in which all of our students can live and learn in a community of mutual respect, free of harassment of any kind."

Attorneys for Dr. Ford are insisting that the FBI should investigate her allegation despite pushback from Republicans critics say are eager to confirm Kavanaugh to the nation’s highest court. Republicans have claimed that to initiate an investigation would significantly delay a vote which has already been postponed. This reasoning has already been shown to be faulty: The FBI investigation of Anita Hill’s allegations that Justice Clarence Thomas sexually harassed her when he was her supervisor at the United States Department of Education and the Equal Employment Opportunity Commission only took three days.