We Now Know Why Donald Trump Wears His Ties So Long, and He Tried to Get Chris Christie to Wear Them That Way Too 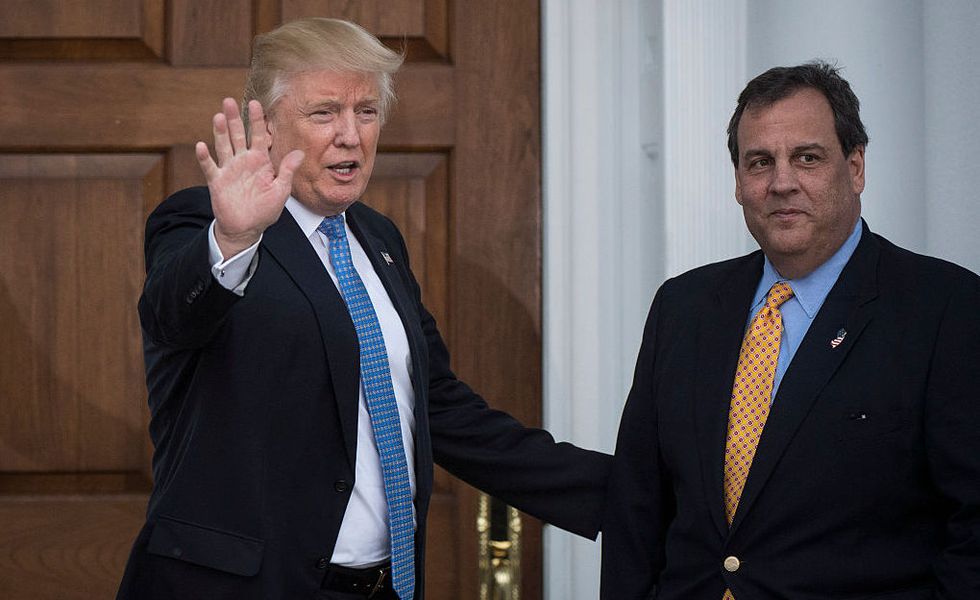 President Donald Trump has a unique style. From golden toilets to a penthouse that looks more akin to the Palace of Versailles than midtown Manhattan, his style choices have been analyzed since he emerged on the New York social scene in the 1980s.

One style choice that garners scrutiny is Trump's choice in ties. Not the fact that his own brand name Trump ties were not made in the United States, although that earned some notice as well.

It is the length of Trump's ties that has experts speculating and entire Twitter pages parodying. In case you never noticed, President Trump wears his ties very, very long, and we now know why.

As The Guardian reports:

In the new memoir Let Me Finish, Christie wrote of how Trump encouraged him to wear a long tie to make him look thinner during the 2016 presidential campaign.

The former New Jersey Governor claims that Trump told him on many occasions that he should adopt the same style to look thinner. As far back as 2005, Christie claims Trump told him "you gotta look better to be able to win."

But does the President have sound sartorial advice?

No, according to the experts at GQ and ThisIsInsider. London-based tailor Jack Stammers told them:

"I would say he’s got it wrong. If anything it makes it look like his tie is too long, giving the impression of a short body."

GQ added a "man’s tie should fall no further than the middle of his waistband or his belt." Trump wears his over the fly of his pants.

And there are better ways to look slimmer, like better tailoring on his suits and losing weight. A few fewer fast food meals and walking across the street instead of taking a motorcade could all help with that effort.

But, the really important takeaway is there is an entire Twitter page about Trump's ties‽ What could they possibly...

A lot of other Washington characters show up. Like Senate Majority Leader Mitch McConnell...

...and Speaker of the House Pelosi...

...and Chris Christie even makes an appearance!

People weighed in on the President's secret to a slimmer look, but found it lacking.

Former Governor Christie makes his claims as well as dishing a bit of dirt about the Trump campaign in his new book.