After the Christchurch Shootings, The Internet is Applauding New Zealanders for Surrendering Their Assault Rifles 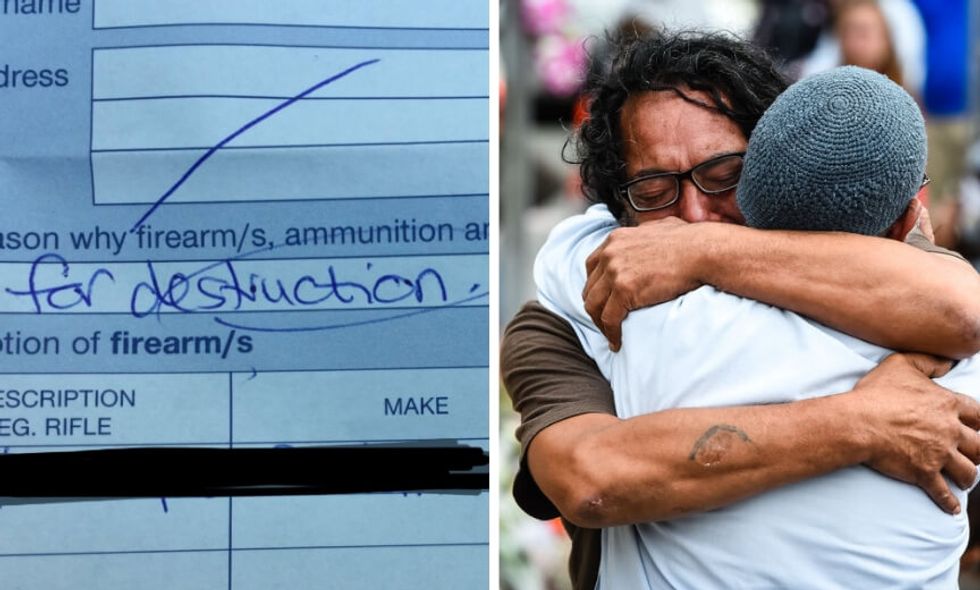 Now, citizens of New Zealand are following her lead, surrendering their assault rifles for destruction and lessening the chance that the carnage inflicted upon New Zealanders last week doesn't occur again.

One of these gun owners was farmer John Hart, who said:

"On the farm [firearms] are a useful tool in some circumstances, but my convenience doesn’t outweigh the risk of misuse."

He wasn't the only one to surrender his firearm.

For Americans especially, it's hard to imagine many gun owners voluntarily surrendering their firearms in the event of mass shootings, which happen at an alarming regularity in the United States.

The internet hailed those willing to surrender the weapons.

However, there were still some naysayers.

@SirWB Not smart. Congratulations, you just disarmed yourself and removes the ability to protect yourself and famil… https://t.co/CUNQiJ7F6H
— Richard (@Richard) 1552899681.0

@SirWB Well unless you were tempted to mass murder I’m not sure how surrendering your guns to the institution world… https://t.co/usaVyoeu1e
— Alexander T Dreki (@Alexander T Dreki) 1552864556.0

However, the reactions were positive, by-and-large.

The experience wasn't necessarily without fear. Hart elaborated on bringing the rifle into the police station:

"So, walking up the long courtyard to the Masterton police station, towards a stone-faced policewoman guarding the door holding an AR15 at the ready, while I’m carrying a rifle (in its case) was, let’s say, a puckering experience."

Not all heroes wear capes.