CNN Just Aired a Graphic With the Names of All the Advertisers Who Have Abandoned Tucker Carlson Since His Hateful Remarks About Immigrants and Yeah, It's a Lot 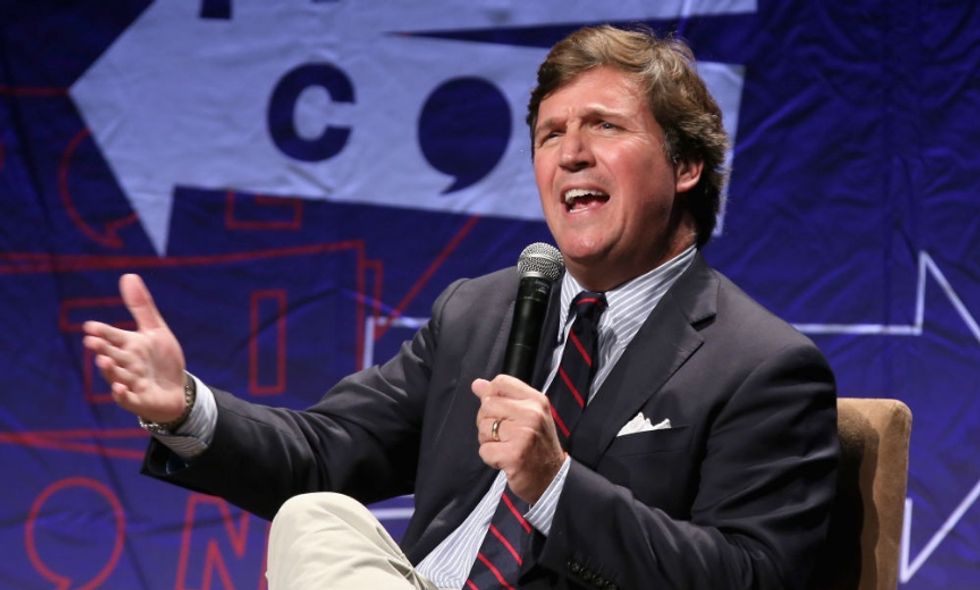 Cuomo posted a graphic of the baker's dozen companies that have cut ties with Carlson.

IHOP said of its decision:

"We stand for welcoming folks from all backgrounds and beliefs into our restaurants and continually evaluate ad placements to ensure they align with our values."

Just for Men echoed the sentiments:

"Just for Men has no further plans to advertise on Tucker Carlson's show. The brand is always considering ways to remain responsible, and this includes aligning with partners who share our brand value."

Seventeen other advertisers followed suit, with Twitter commending them for it—and blistering the ones who remain.

Some advertisers have left Tucker Carlson’s show after he said immigrants would make the U.S. “poorer and dirtier.”… https://t.co/9z0AxcxQUY
— Bette Midler (@Bette Midler) 1545220031.0

“Is he really talking about human beings that way?” Cuomo asked. “I don’t ordinarily play hateful speech on the show, but it’s important for people to see what someone’s trying to pass off as news.”

Lemon savaged Fox News as “the CNN, MSNBC criticism channel” that “almost always” airs something those networks "hate, and they hate because we’re actually talking about real news and the Mueller investigation and what’s actually going on.” Lemon said he refrains from disparaging other anchors because of "glass houses," meaning that "one day it could be you or me," referring to Cuomo.

Lemon added that TV personalities should not be "boycotted for something they should do that's a one-off." But when a platform is used "comprehensively" to spread hate and fear, it needs to be met with "truth, journalism, and telling people what is real and what is not."

Lemon said Fox is full of "opinion journalists" who "don't have to abide by" the same rules.

Carlson's remarks about immigrants were "completely false," Lemon charged. "We're all better" because of immigration, he said.

"Diversity is our greatest strength," said Cuomo. Carlson is not "my colleague," adding that "it's worse" if Carlson says outrageous things merely for ratings than if he really believed his own claims.

Cuomo concluded the segment by reminding Lemon that while he does not want to give Carlson's hateful rhetoric additional attention, "we gotta call it out."

President Donald Trump has set the tone, and Carlson's comments were nothing short of racist.

@HuffPost When one becomes ill with the Trump Fever it happens. Hear there is no vaccine or antidote at present. Th… https://t.co/r4Q3aACPOW
— patricia l johnson (@patricia l johnson) 1545229995.0

Others pointed out that Carlson, as part of the Fox News brand, is not news, but rather, entertainment.

@HuffPost Only thing wrong with the headline is that Tucker Carlson is not news. He is more of a reality show host,… https://t.co/n4aNLWzvj1
— Luciano Piciacchia (@Luciano Piciacchia) 1545218596.0