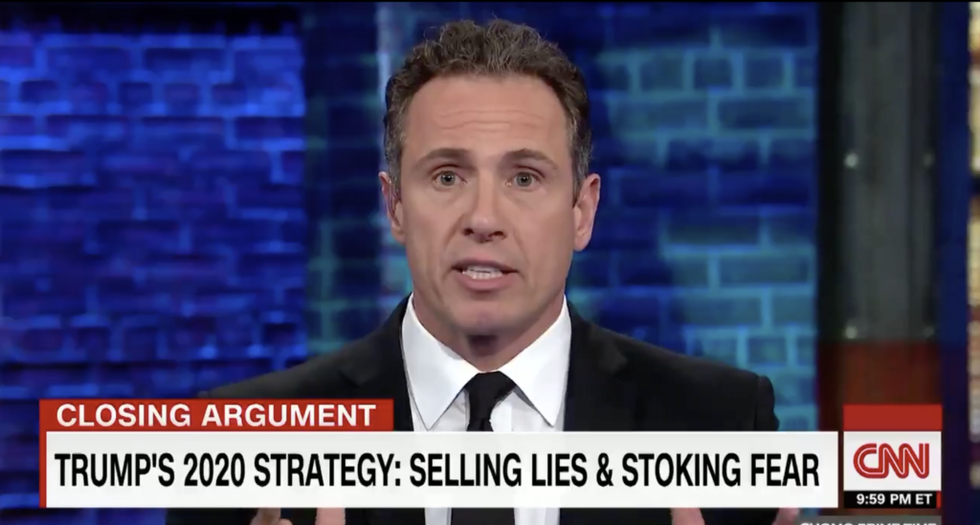 The Washington Post's fact checker recently reported that President Donald Trump has told more than 10,000 lies since his inauguration in January of 2017. Some of the lies are easily proven false and don't even give Trump little to no political advantage—like saying his father was born in Germany or, infamously, that the size of his inauguration crowd was historic.

Others, like one of the lies he told at a recent Wisconsin rally, are disturbing and unthinkable.

"The baby is born, the mother meets with the doctor. They take care of the baby. They wrap the baby beautifully, and then the doctor and the mother determine whether or not they will execute the baby."

Sadly, it wasn't even the first time Trump told the outright lie.

CNN's Chris Cuomo took Trump to task, calling his remark "a damnable lie, maybe his worst of all 10,000."

"Just when you think you can't be shocked. That's called homicide. It would be murder. No law anywhere allows a newborn baby to be swaddled and killed. Shame on him for even suggesting that."

“I will kill every Democrat in the world so we never more have to have our babies brutally murdered by you absolute terrorists.”

People are growing increasingly disturbed at Trump's rhetoric and what it could inspire.

@atrupar Trump couldn't abuse his office anymore than he already is. How can Republicans ignore this sort of malici… https://t.co/Jc90NjFwRB
— D Keeler (@D Keeler) 1556566175.0