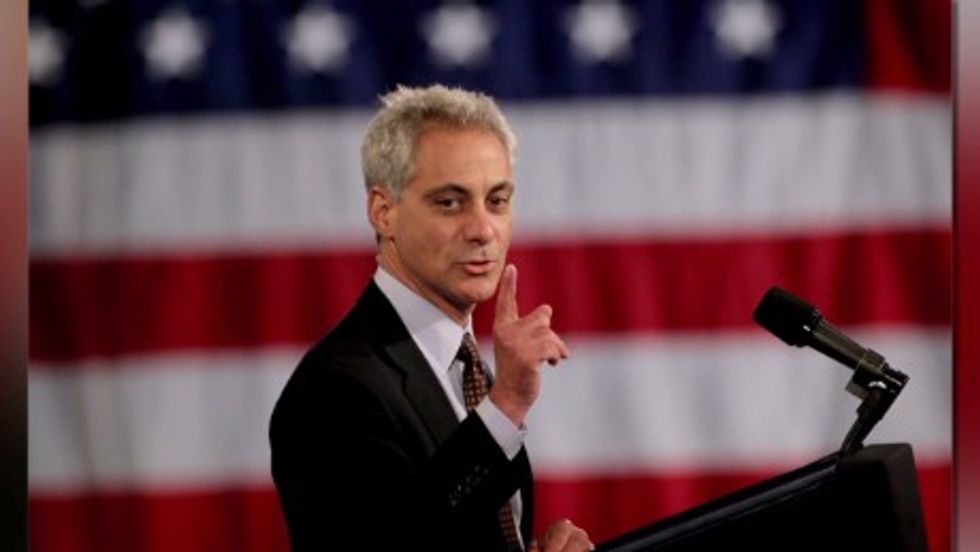 Attorney General Jeff Sessions announced the decision to scrap the Deferred Action for Childhood Arrivals (DACA) immigration policy on Tuesday. Now Chicago Mayor Rahm Emanuel has responded with a welcome message to Dreamers and with what amounts to a ban of the President from the city altogether.

“Chicago, our schools, our neighborhoods, our city, as it relates to what President Trump said, will be a Trump-free zone. You have nothing to worry about. And I want you to know this, and I want your families to know this. And rest assured, I want you to come to school… and pursue your dreams.”

“We do not allow federal agents on these grounds and in this building,” he said, the Sun-Times reported. “You are safe and secure here to learn, to grow and to pursue your dreams and we hope that you do so.”

Introduced by former president Barack Obama in 2012, DACA prevented nearly 800,000 people who came to the US as children from being deported. It offers renewable protection from deportation for two years to people who entered the United States before the age of 16. Recipients must have lived in America continuously since 2007 and must not have a criminal record.

Despite specific limitations imposed in the policy Sessions characterized it as "an open-ended circumvention of immigration laws". The deportation of these children "saves lives, protects communities and taxpayers, and prevents human suffering. Obama's policy addressing the status of people who were brought to the United States as children "has put our nation at risk of crime, violence and even terrorism."

President Obama personally appealed to President Trump not to end the program. He issued a statement on Tuesday after Sessions announcement.

To target hopeful young strivers who grew up here is wrong, because they’ve done nothing wrong. My statement: https://t.co/TCxZdld7L4
— Barack Obama (@Barack Obama) 1504637521.0

“Whatever concerns or complaints Americans may have about immigration in general, we shouldn’t threaten the future of this group of young people who are here through no fault of their own, who pose no threat, who are not taking away anything from the rest of us,” Mr Obama said.

"These Dreamers are Americans in their hearts, in their minds, in every single way but one: on paper.”

The term Dreamers comes from the Development, Relief, and Education for Alien Minors (DREAM) Act, which planned giving unauthorised immigrants legal status in exchange for attending college or joining the military and maintaining a clean record.

First proposed in 2001 under President George W. Bush, the Senate voted down the latest version in 2010. DACA was implemented to address Congressional inactivity on immigration reform.

The fates of these American residents is in jeopardy again after Tuesday's announcement from the Trump Administration. For school children in Chicago, they now know their mayor has their back.